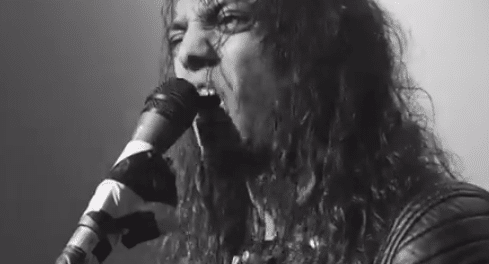 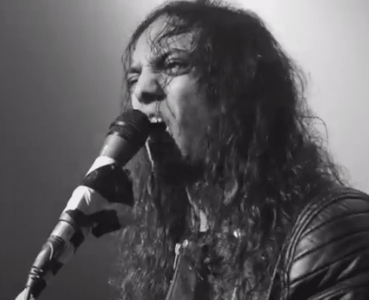 Bangalore, India based heavy metal rockers Kryptos featuring frontman Nolan Lewis, bassist Ganesh K. and lead guitarist Rohit Chaturvedi used to do a lot of travelling just to play a 40 minute set and you would be hard pressed to find many bands willing to do that.

“Probably one of our oldest live pics, if not the oldest. This was taken 20 years ago, way back in the year 2000 when we played at ”Domination – The Deathfest” in Bombay. We travelled what must have been 24 – 26 hours by train from Bangalore to Bombay, played the gig, got trashed on cheap booze and got trashed some more on the train ride back home. So yeah, we used to travel approximately 50 hours in total to play a 40 minute set. No cellphones, no internet, no nothing. Just a bunch of long-haired goons out to have a good time. Fortunately not much has changed on that front.”