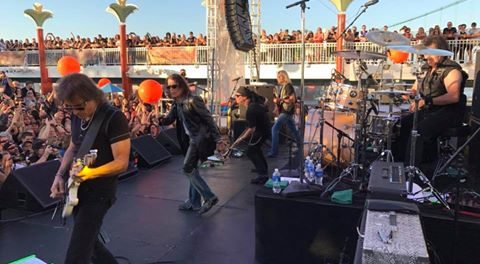 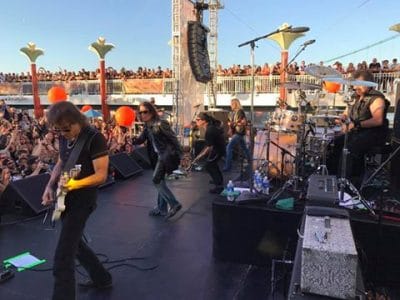 The rumours that singer Stephen Pearcy, guitarists Warren DeMartini and Carlos Cavazo, bassist Juan Croucier and drummer Jimmy DeGrasso were joining forces to form a new band (or what should really be known as Ratt) were indeed true as the five musicians made their debut as the “surprise band” on the Monsters Of Rock Cruise West also known as Monsterwood.

Eddie Trunk just posted a photo on Facebook of Pearcy, DeMartini, Croucier, Cavazo and DeGrasso rocking the Monsters of Rock Cruise West as the “surprise band.” Trunk also just posted on Facebook the setlist (see below) as it’s happening. 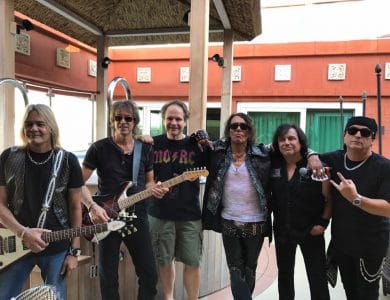 the latter’s radio show on September 12, 2016. Meniketti reportedly had advised Trunk towards the end of the call that DeGrasso was working with Pearcy, Croucier and DeMartini in a band. Sleaze Roxx rightfully presumed that Cavazo would also be part of the project if that was the case.

The newly formed group reportedly does not yet have a name. One would presume that a court of law would award them the Ratt name over Bobby Blotzer at this point. Only time will tell but Blotzer must be feeling some pressure in seeing his former Ratt bandmates (except for DeGrasso) together again and performing the Ratt hits as a unit. 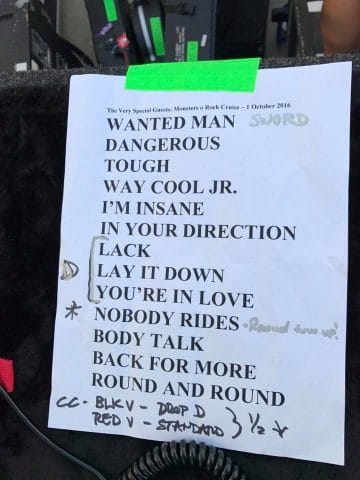