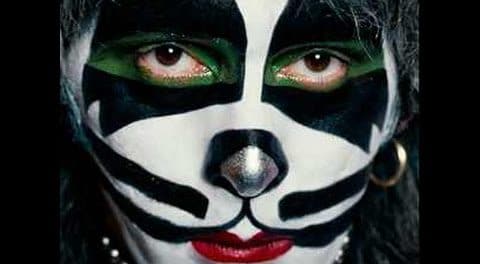 Former KISS drummer Peter Criss was recently interviewed by Australia’s Loud and asked whether he still gets surprised at some of the sentiments expressed by fans at KISS Conventions. 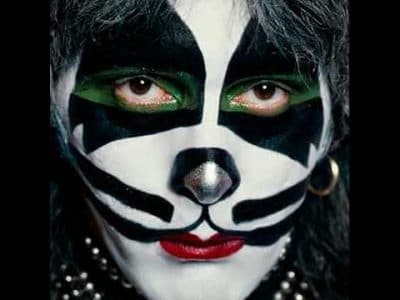 Criss replied: “Oh yeah, our fans are psychotic, man (laughs). I mean that in a good way. They’re like Star Trek fans. There’s no fan better than a Kiss fan. If not for the Kiss fans we wouldn’t have gotten in the Hall of Fame, and I wouldn’t have such a really wonderful life today that they’ve given me. I always say that I don’t take that for granted. And I found that more to be true when I went out with my book (Makeup to Breakup); I did a book and I did a book signing. It turned into a lot more signings of Kiss things, and I got really closer to the fans. Because when you’re on-stage there’s so many people out there, you don’t know anybody. But when you do the signings and autographs and stuff, you really get to hear stories. Like people saying, ‘I’ve had your album for 30 years and I’ve been waiting to meet you for 30 years’, ‘holy shit, here’s my kids’, and ‘your music got me through when my mother died’ or this and that. I’ve touched a lot of people, and especially in Australia. I got a lot of stuff, we’ve got a lot of gold and platinum records from Australia. It’s a great place.”

In terms of Criss‘ favorite KISS songs to play live these days, the drummer stated: “I love a lot of them to play live. I could go on and on. I still love playing ‘Rock and Roll All Nite’, because when it’s done with a band, it’s really a band kind of song, and I love anything where my drums really stand out, and they do on ‘Rock and Roll All Nite’. They do on ‘Love Gun’ and ‘Strutter’. Immediately you just know it’s Peter Criss the minute you hear the drums. You just know it’s me, I have a signature way of playing like no other drummer. Each drummer plays different. I’m proud of that.”

You can read the rest of the interview with Peter Criss at Loud.