Petra’s albums ‘This Means War!’, ‘Beat The System’ and ‘More Power To Ya’ remastered via Girder Music

“Petra got its start in 1972 as one of the pioneers of Christian Rock. Now 20 albums later with 4 Grammys™ and 10 Dove Awards™, they are theWorld’s Most Popular Christian Rock Band. It didn’t matter if you were listening to Deliverance, Amy Grant, and Michael W. Smith, one thing is for certain, you knew who Petra was. Even Stryper fans would never enter into a debate on who the greatest Christian Rock Band of all time was. Although Stryper may have been large in the mainstream, no one came close to Petra in the Christian circuit selling 10 MILLION records and selling out large capacity arenas. Their impact was monstrous and their music was explosive. Their albums More Power To Ya, Beat The System, and This Means War! rock like none other and were clear defining moments for a band that just a few albums earlier had everyone convinced that they would be a status-quo CCM act. Nothing was further from the truth.

As Petra soared to new heights with Greg X. Volz, Bob Hartman and Louie Weaver, More Power To Ya was THAT defining album that broke down all the barriers of what an effective ministry focused rock band could be, embracing backward masking (If you know, you know). Look no further than the powerful rockers “Second Wind” and “Judas’ Kiss” for songs that defined a generation.

By the time Beat The System hit the speakers, fans knew that these guys had no interest in just another record, they embodied an attitude that said, “Let’s break down barriers and do something relevant” by moving more towards a keyboard driven rock act. With songs like “Computer Brains,” “Witch Hunt,” and “It Is Finished,” the band included sampling and effects not found on their other records along with a sense of urgency in every song, slowing the heavy tempo for only two songs: “Adonai” and “Hollow Eyes.”

This Means War!dropped four years later, ushering in a new era, with new vocalist John Schlitt (formerly of the rock band Head East) in his prime. The band knew after their debut record with Schlitt, when everyone thought they were on their way out, that a hard rock/arena rock record was want everyone wanted and exactly what producers John and Dino Elefante could deliver and did they ever. Just speaking with John Elefante a few days ago, he reminded me that they had a top hit on all 4 major charts at the same time which helped them amass a large following of converts, Dove Awards, and Grammys.

Girder Music is proud to bring these rock classics back in remastered deluxe editions on both vinyl and CD so fans can rediscover just what made these albums so pivotal in the history of CCM, as well as introduce them to those who may have missed these iconic releases the first time around.” 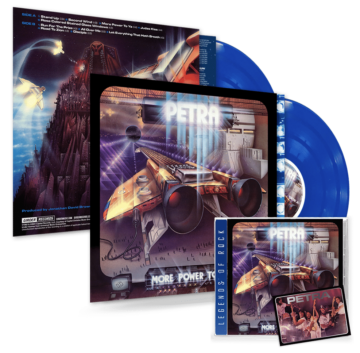 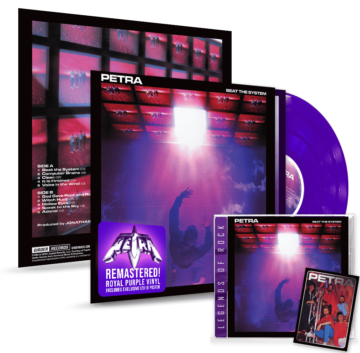 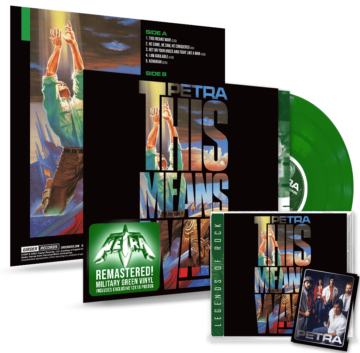