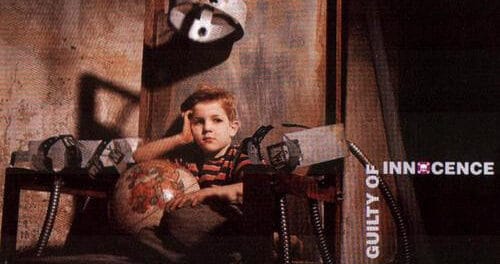 Law and Order and Dogma guitarist Phil Allocco was recently interviewed by Andrew Daly for Vinyl Writer Music. Law And Order released two albums — Guilty of Innocence (1989) and Rites of Passage (1991) — via MCA Records, and one more album titled The Glass House, which was recorded in 1992 but only released in 2004. The Glass House was reissued by Demon Doll Records (now The DDR Music Group) in 2014. The group consisted of Allocco on guitar, Shane on vocals, Sean Carmody on bass and Rob Steele on drums. 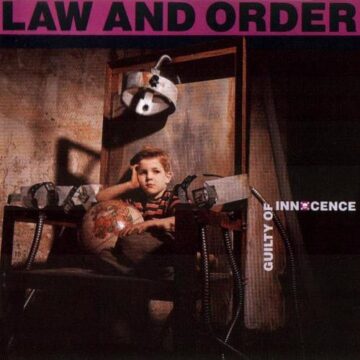 In terms of the writing, recording and reception for Guilty of Innocence, Allocco indicated: “For Guilty of Innocence, we had four years’ worth of songs from three writers — myself, Shane, and Sean — to chose from. The acoustic material was written at the very end to add more dimension to the record and is some of my favorite. I remember sitting around our living room writing together adding to each other’s songs. Rob played on the radiators in our home for percussion on “Delta Prison Blues,” while I was adding slide guitar. We had a large rehearsal studio upstairs where we worked out arrangements live, but the writing was in our living room.

Our A&R man, Bruce, wanted us to record in Memphis — so we could get out of the city and soak up the blues influence — and we loved the idea. That was a great experience for us living and recording there. I remember when we got to meet and hang with Stevie Ray Vaughan when we were checking out at Kiva Studio when he was recording there. That was a highlight. We wound up recording at Ardent Studios with Joe Hardy. We loved him and we went for a very live feel for the record. I remember at the end of that recording, we invited thirty or so writers from every music publication to come and listen to the record in the studio. The City of Memphis honored us by giving us the keys to the city, which was another big highlight.”

On whether MCA Records properly supported Law and Order, Allocco opined: “Bruce was great and the NYC city office really wanted to push the band, but the headquarters in LA couldn’t have cared less about the hard rock and metal bands. I think that was the disconnect. Distribution was not lined up properly, and there were no records in stores when MCA bands toured. It 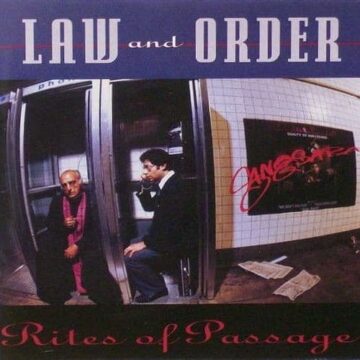 was a half-hearted attempt to promote bands for a short period of time. MCA Records wasn’t committed to breaking anything, so all the bands suffered, and no one broke through.”

Law and Order were often lumped into the ‘hair metal’ genre even though the band crossed over many genre boundaries. Allocco was asked how detrimental that was to the band’s fortunes to which he replied: “It definitely hurt the band. After MCA pulled us off tour with Pearl Jam at the beginning of the Ten release, because they thought Pearl Jam was a hype band, and not going to break — I’m not kidding — we fought to get off the label. That was the final straw for us. We were on the road with Pearl Jam, knew they were breaking huge, and it was a gift to even have that tour. MCA didn’t want to let us go at all, so we went bankrupt intentionally to break all our contracts. By the time the legal dust settled, and we were ready to shop the demos for our third record, the change had happened, and we were lumped in with the old, and not considered financially viable with the new grunge scene, even though we were gravitating around that very early on. The labels who wanted the band were no longer interested. MCA, which is now Universal Music Group, is still hurting the band to this day. They refuse to release the first two records, and they refuse to give the rights of those records back to us, so we can release them. I’m really not sure why.”

You can read the rest of the interview with Phil Allocco at Vinyl Writer Music‘s website.

Law and Order‘s “Soul And Inside” album (from Guilty of Innocence album):