Phil Campbell and The Bastard Sons featuring former Mötorhead guitarist Phil Campbell have released a video for their new single “Son of A Gun” from their upcoming new studio album We’re The Bastards, which will be available via Nuclear Blast on November 13, 2020. 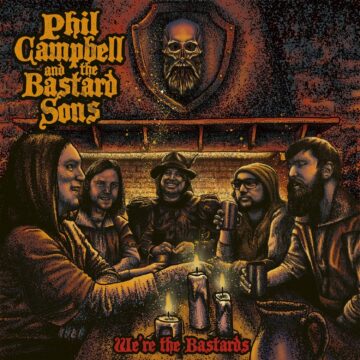 The following message was posted in part on Phil Campbell and The Bastard Sons‘ Facebook page on September 4, 2020:

“We are thrilled to announce that our new album “We’re the Bastards” will be released on November 13th via Nuclear Blast!

We’re also releasing iron, bronze, silver and gold tier bundles that include an ‘Honorary Bastard’ certificate, a cassette version of the release and a tankard that’s exclusive to our NEW music glue page! Plus this is the only place where you’ll be able to find SIGNED versions of the vinyls and CD’s. Find your favourite bundle here: https://www.musicglue.com/phil-campbell-and-the-bastard…/

Presave the album on all digital streaming platforms here:http://nblast.de/PhilCampbellATBSpreS“

Phil Campbell and The Bastard Sons‘ “Son of A Gun” video: