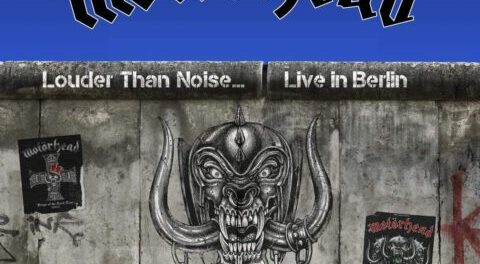 Motörhead guitarist Phil Campbell was recently interviewed by Andrew Daly for Vinyl Writer Music. Campbell was promoting Motörhead‘s upcoming live album Louder Than Noise… Live In Berlin, which will be released on April 23, 2021. 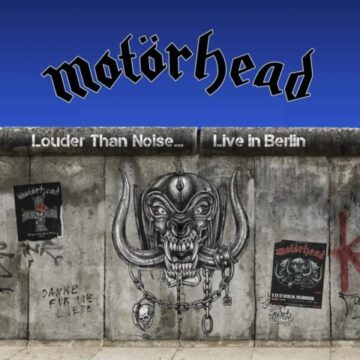 In terms of that upcoming live album, Campbell stated: “Well, we always taped most of the shows. This one is, you know, we’re sifting through some, we can’t sift through them all in a short period of time, but, as time passes, things get looked at, and we never came across this one really boisterous show in 2012, in front of ten or twelve thousand excited, mostly German fans. Germany’s always been good to us, and it’s a great example of where we were at that time in 2012. It’s pretty hard, and it’s pretty Motörhead. So, we wanted to give the fans something new, something really cool. We’re really pleased with it.”

In regard to how Louder Than Noise… Live In Berlin compares to other Motörhead live albums, Campbell opined: “After listening back to all of them, I know this is a really good one. This has a fresh sound. You know, when we were on fire like we were that night, we never really had bad gigs. Honestly, you could count the really bad gigs we had on one hand in all that time over 30 years. So, again, we were fortunate in that respect. Yes, this is definitely a great live album, and up there with the others. I’m looking forward to it now, and see, we’ll see what the folks think about it.”

With respect to what led to the release of the Berlin show in 2012 as a live album, Campbell indicated: “Not, really, no, I don’t think so. We just thought it sounded really cool and put the wheels in motion to get it out there. It’s just good music. It shouldn’t be kept in a drawer for too long because there’s a lot of stuff that we’ve done, stuff we’ve unearthed, and stuff yet to be unearthed. Some of it is really good, I’m sure. And some of it’s not so good, but it’s a bit of a career in itself, just trawling through this stuff. This is definitely a good one. Definitely one of the top gigs we did.”

You can read the rest of the interview with Phil Campbell at Vinyl Writer Music‘s website.