Phil Collen‘s Delta Deep group has released a new single and lyric video for the song “Take Me Home For Christmas.” 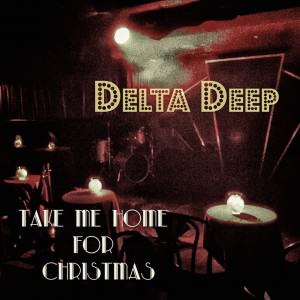 The song represents a big departure from what one might expect from the Def Leppard guitarist.

Sleaze Roxx stated the following in its review of Delta Deep‘s recently released self-titled debut album: “With guitarist Phil Collen having stepped outside of Def Leppard in recent years with Manraze, it is certainly not surprising that he has stepped away from Leppard long enough to record a new album. What will surprise fans is the direction of the new project. Delta Deep is a ‘blues/rock’ record; it’s not entirely a traditional ‘blues’ record — it’s more contemporary.'” Sleaze Roxx concluded: “As far as side projects go, Delta Deep is interesting at best and predicable at worst. Delta Deep will undoubtedly draw some attention from the Leppard fan base; but the contemporary blues fans on the other hand — that’s anybody’s guess?”