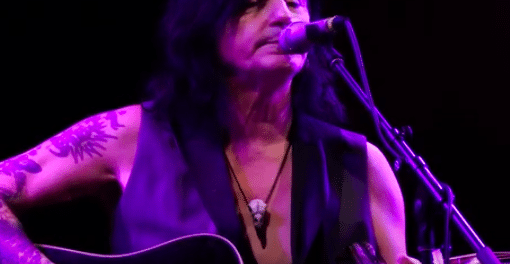 Phil Lewis complains of “tsunami” of chatter during his recent solo gig in Houston, Texas, USA

L.A. Guns (feat. Lewis and Guns) frontman Phil Lewis was recently interviewed on the Tulsa Music Stream and the singer talked about his solo gig at the Warehouse in Houston, Texas, USA on September 11, 2020.

Lewis indicated (as transcribed by Sleaze Roxx): “Last night was my second one [solo show] so I’m still assessing it out and I’m real happy with it. I modified my setlist a little bit. I had a gig on Friday in Houston that I was so happy to play but it — for me, I’ 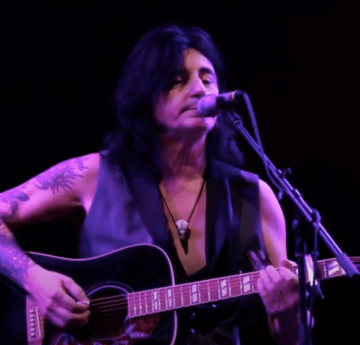 not saying it didn’t go well but it didn’t really go well for me. I think, you know, I’m trying to do an intimate thing. Honestly, a Starbucks would do and they put me at the Warehouse in Houston, the biggest venue downtown.”

One of the interviewers commented, “You’re a rock star though” to which Lewis replied: “Yeah, I appreciate that but you know, they’ve got three rooms. They’ve got like a little room, a mid-size, and then they’ve got the vast ballroom. And guess where they put me? They’ve got pictures of me on stage. This stage is [stretching out his arms] vast. It’s like heavenly up there and it was a free show. There were a lot of people but not necessarily to see me. Just coming out for something to do. ‘A free show? We’ve got nothing else to do. Let’s go out and see.’ So they weren’t especially there to see me and they didn’t really know or particularly care what I was doing. So there was a lot of talking. It’s very frustrating ’cause I’m up there trying to do [inaudible] crystallize. For starters, I shouldn’t be on that stage in that big room trying to do that. I am up against a tsunami of chat. But I’ve got rhino skin being the trooper that I am. I got through it. You know, highs and lows. But yeah, I was pretty much done after Houston. I told my manager Scotty — I said, ‘I don’t think that I can do this because it’s like, I feel that I’ve been thrown to the lions.’ And he goes, ‘OK. Alright. You still want to do Tulsa, don’t you?’ And you know, I was a little traumatized. I was like, ‘Yeah, of course.’ So you know, I had butterflies the size of South America moths.”

Lewis added: There’s a saying, ‘Embrace the butterflies.’ Yeah, but you know, I don’t know. I wasn’t that scared going on that stage but you know, when I look back and saw what I did [laughs], damn! That’s terrifying! Playing last night to a much more, in a much more intimate setting to people there that know me and know my songs, and want to hear and were attentive, it was completely, completely a 180 [degree turn] from the night before. I had a great time. Everything went really well apart that there was one issue at the end when I played “[The] Ballad of Jayne” and the folks started dancing, which is so cool. It was so sweet but you know, it’s like, ‘Ooooh! No, no. We can’t have that.’ Because there’s certain rules for this, under these circumstances. I was loving it but Scotty was flipping out. He was like, ‘No, no! You can’t do that!’ You know, you guys restored my faith in humanity. I’ll carry on. I’ll do a few more but now I know. I musn’t play huge rooms and I musn’t play free shows ’cause it’s just attracting the wrong vibe, the wrong crowd.”

You can listen to the interview with Phil Lewis on the Tulsa Music Stream below (starts at 5:29):

Phil Lewis performing “The Ballad of Jayne” live at the Warehouse in Houston, Texas, USA on September 11, 2020 (where Lewis asks the crowd to stop talking at the beginning of the song):