Lewis posted one word (“Truth”) along with two photos on his Facebook account yesterday and later provided an explanation of what he meant in the comments section. 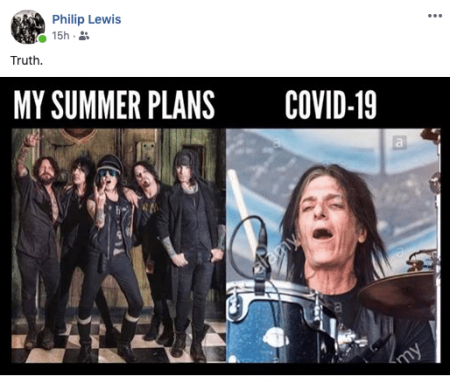 Lewis joined L.A. Guns back in 1987 and handled lead vocals on some of the band’s best known records including L.A. Guns (1988), Cocked And Loaded (1989) and Hollywood Vampires (1991). The singer left the band in 1995 before rejoining in 1999. By 2002, L.A. Guns founder and guitarist Tracii Guns left the band leaving Lewis and drummer Steve Riley to continue on with the group since Riley owned 50% of the band name. From 2006 to 2012, Guns, who owned the other 50% of the band name, ran his own version of L.A. Guns with a number of different singers during that time period. Eventually in 2016, Guns resurrected

Ever since Riley announced to the public in December 2018 that his version of L.A. Guns would be playing the M3 Rock Festival in 2019, Guns and Lewis have taken public shots at Riley and Nickels although the negative comments seemed to have simmer down after April 2019.

In an interview with Sleaze Roxx in March 2019, Lewis stated the following: 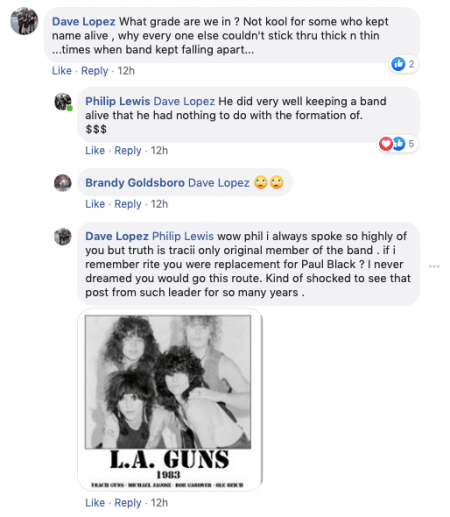 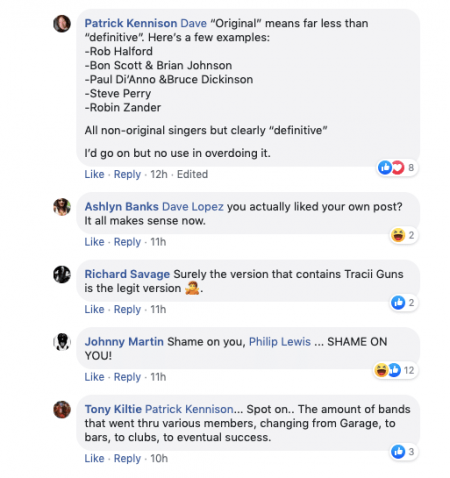