People seem to have forgotten that some of the hardest hit people with the worldwide Covid pandemic are the musicians who make their living from playing live music and selling merchandise. 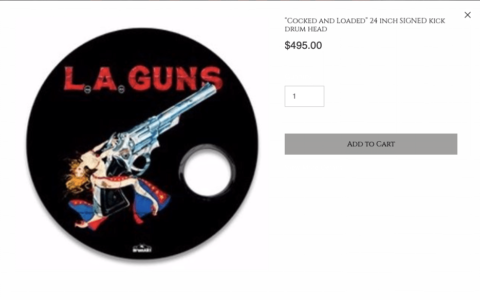 Following the pay per view event, the group posted a link via Facebook showing that Cocked And Loaded 24 inch signed drum heads were available for purchase for $495 US per signed drum head via their website. Apparently, the band received some backlash from some people which caused Lewis to post the following comment on Facebook:

“If you can’t afford it nobody’s forcing you to buy it.

Fortunately they’re almost all sold out.

Why is there so much resistance to musicians making money?”