L.A. Guns recently announced that Shawn Duncan would be playing the drums on their upcoming North American Tour 2022, which will kick off in Liverpool, New York, USA on June 1, 2022. Duncan took over the drumming duties for Shane Fitzgibbon who was asked to replace Scot Coogan back in or about October 2021. Coogan was also playing with Ratt frontman

Stephen Pearcy at that time. Back in March 2019, L.A. Guns had announced that Coogan was replacing Fitzgibbon who had chosen to leave the band for a studio gig building rooms for renowned producer Rick Rubin.

L.A. Guns‘ announced tour dates include when they are playing as part of the Sonic Summer Tour 2022 package along with Tom Keifer and Faster Pussycat.

“Scotty Coogan is spread pretty thin with various touring comments this summer and Shane Fitzgibon who was going to do the tour just found out his wife is pregnant and wants to stay close to her so Tracii invited Shawn Duncan down for a blow and it’s sounded great right out the gate.

Bands of our genre and size have to be fluid with members, of course we hate to see anyone go but the reality is we can’t afford to pay members when we’re not working so obviously the decks gonna shuffle.

Me and T are tight as two old ladies Johnny Martin is amazing and truth is I joined his band when I agreed to the reunion and incredibly fortunately we still have Ace Von Johnson in the fold. 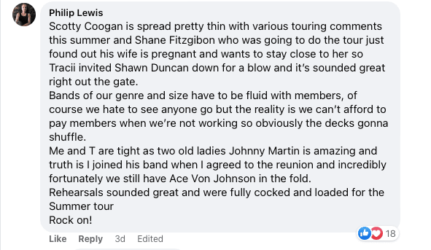 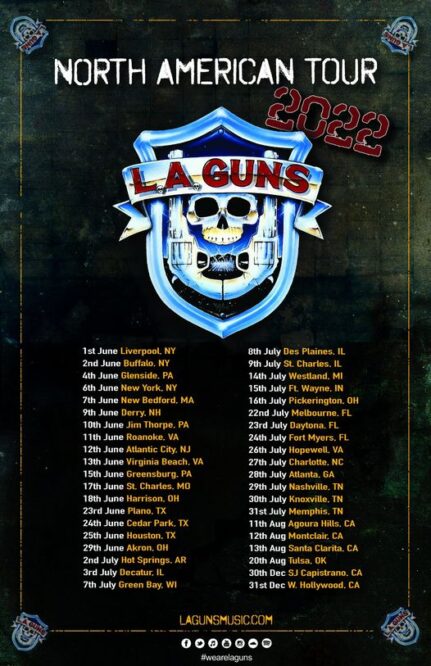