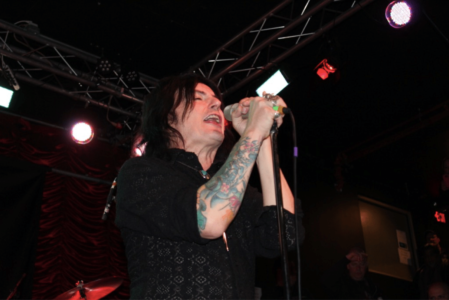 L.A. Guns (feat. Lewis and Guns) lead vocalist Phil Lewis continues to post comments on a Facebook thread started back on January 31, 2020 on the L.A. Guns Fan Page, which asked: “How does everyone feel about Riley‘s L.A Guns? I honestly don’t like his version or the Renegades disc. It just tarnishes the legacy and music of this great band..”

One person later asked whether Lewis would be opposed to Nickels coming back to L.A. Guns (presumably in the version spearheaded by Lewis and guitarist Tracii Guns) to which the singer replied earlier today: “He was invited but declined.”

There seems to be some disagreement on the extent of the invitation extended by Lewis to Nickels. The latter clearly indicated more than two years ago that he and guitarist Mick Cripps had never been invited to join the L.A. Guns version featuring the “reunited” Phil Lewis and Tracii Guns.

Lewis later seemingly clarified that he “invited” Nickels to work on a song with him but the bassist declined to do so.