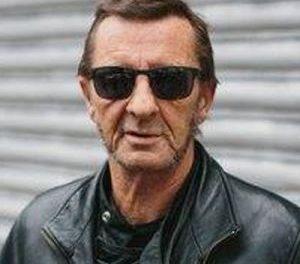 In an interview with New Zealand’s Bay Of Plenty Times, former AC/DC drummer Phil Rudd spoke about his time away from the band and being able to play now on a limited basis with the group although he states it is up to guitarist Angus Young.

The following are excerpts from the article / interview from Bay of Plenty Times: 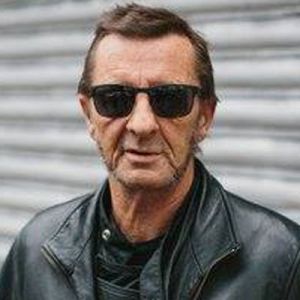 …Free is what he now is. In March, Rudd‘s eight-month home detention ended. During his sentence he was banned from taking non-prescribed drugs and ordered to undergo drug and alcohol testing when police requested.

There are six months of post-release conditions following the lifting of Rudd‘s home detention which he was sentenced to in Tauranga District Court on July 9 last year. The drummer had in April 2015 admitted to charges of threatening to kill an employee, and for possessing 91g of cannabis and 0.478g of methamphetamine found in his home during a police raid last year. Police had earlier dropped charges against him of attempting to procure a murder, which his then lawyer, Craig Tuck, said at the time generated more publicity around AC/DC than the death of its former lead singer, Bon Scott.

Little more than a week after the sentencing, Rudd was arrested for an alcohol breach but was given a good behaviour bond in October. At the time, Tuck told the Bay of Plenty Times that since that early lapse, Rudd had shown “exemplary compliance with the detention conditions imposed”.

Sitting on his deck, Rudd lights up a cigarette and positions a large paua shell by his feet as an ashtray. He looks relaxed in a black tee shirt, jeans and trainers.

“I have behaved myself pretty well. I even tried to give up the cigarettes but I haven’t. I didn’t drink. I am not a big drinker so it doesn’t bother me. But I have stopped all the crazy stuff.

“At first it was hard. Frustrating. Not being able to go out to the shops. Do the little things. I was allowed a couple of hours twice a week to check on my boat. I’d go in the morning. I got to drive my cars. It was my only freedom. But being a Taurus, a self-determining person, at first I struggled with having to be home at a set time. But now, I am a homebody.”

Since the March lifting of the detention sentence, he says there have been no wild parties to celebrate at the Rudd house.

“You’re more likely to find me at home in the evenings watching Brooklyn Nine Nine.

“I haven’t really been out and about much. I haven’t even been on the Tauranga Eastern Link. I’ve seen the latest Star Wars movie, though.”

He gets up at 5 every morning. He takes one of the cars for a drive. Sometimes he stops for a full English breakfast at the Last Gasp Cafe, which he owns by the marina. He watches sport on television. He picks up his daughter from school. He works out at home in his gym. 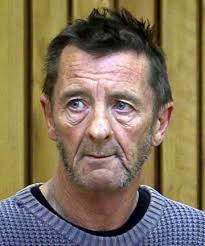 He says he hasn’t minded the quiet days. “I don’t get bored. In the music business you get used to a lot of waiting around. I enjoy days when there is nothing to do because there are days ahead when it will be busy.”

…Help has been in the form of a psychiatrist.

Rudd says he has been meeting with the doctor for one-on-one sessions for more than a year, which he describes as “really good”.

“He comes here to the house about once a week. I have got to know him pretty well. I would even describe him as a mate. At first I’d give him lots of s***, about Clockwork Orange psychiatry and all that … but talking about everything, as well as giving up the crazy s***, means that in a funny way, being forced to do that, it has been good. I was quite happy to get the help.”

Rudd says being able to admit that he did need help was hard. That it doesn’t go with the persona of a rock star, “having issues”, but he was inspired by Sir John Kirwan talking about his depression and seeing how he overcame it.

“I’ve never felt better in my life. Physically, mentally, I am in the best shape I have ever been.”

He hasn’t become a monk, he says. He hasn’t got a special woman in his life, but would like to settle down with someone.

“Yeah, I would like that. But I guess I am hard to live with.”

“I am still the bad boy on the drums. I am probably playing better than I ever did.”

…He says he has not spoken to band members since his conviction.

In an NME interview earlier this month, when asked about Rudd, Angus Young said, “Phil I haven’t heard from. He’s been very quiet of late,” but Axl Rose was quoted as saying “I’ve talked to him about these other singers, though!”

As for playing again with the band, Rudd is not saying never.

It is a much more subdued approach compared with straight after his sentence when he appeared on TV3 saying he wanted to “get my job back … I’m going to be back”.

Why the change of heart?

“I was over-fuelled. All over the place. I am not like that any more. I’ve never felt better as a drummer or a person. I am not saying I never hope of ever playing with AC/DC again but, then again, is it even AC/DC any more? No Bon‘s beautiful voice. No Malcolm. No Brian.”

But Rudd is not hanging up his drum sticks.

He has applied to be able to go to Europe in June to do some shows to promote Head Job. He says he is also considering an expansion of his Tauranga waterfront Phil’s Place restaurant, opening another one in New Zealand, possibly in Queenstown or Taupo. And he definitely wants to get some racing in.

He says he still has his helicopter, his launch Barchetta and his car collection including the Ferrari 599, the NZV8, a 2010 Mercedes SLS AMG with the numberplate Sonor, a 2011 Bentley Mulsanne, and a Can Am race car.

But first the music.

“I am going to France and Belgium to play some gigs. Small venues. Hey, it might even be a pub, you know. It is going to be low key.”

You can read the full article / interview at Bay of Plenty Times.