Canadian rockers Phoenix In Flames have released a number of albums in the last decade consisting of the EP Rise From The Ashes (2013), the EP Howling For Power (2014), Lookout! (2017) and Phoenix In Flames (2019). The group’s long-time frontman Cornelius Black recently looked back on the band’s first song “Sunday Hero” from the EP Rise From The Ashes. 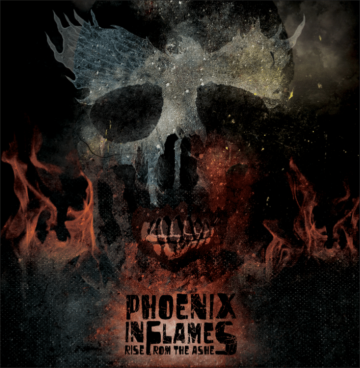 The following message was posted on Phoenix In Flames‘ Facebook page earlier today:

“Sunday Hero was the first song, the one that gave the band it’s name. I wrote it and composed it in memory of Sean, a musician friend of mine who passed away a couple of years ago. So the song is a tribute to him, but also to the bands that helped me go trough the pain of the grief. I’m very proud to say that this piece of music was heavily influenced by Hammerfall, Blind Guardian and King Crimson. If any credit must be given to someone for creating this song, it should belong to those guys more than me. I’m just glad that I put together all this stuff so we can celebrate my friend’s memory with the crowd. Hope you guys enjoy and sing along!

Sleaze Roxx stated the following of the track “Sunday Hero” in its review of the EP Rise From The Ashes: “The gem on the EP is found with the closing “Sunday Hero” — this track quite frankly sounds like a great classic song from the ’70s. The keyboard solo in the middle is fantastic and the band does not overplay during the song — it is pure melodic rock bliss. This is what good songwriting is all about.”