Phoenix In Flames release video for “Steering The Wreck” 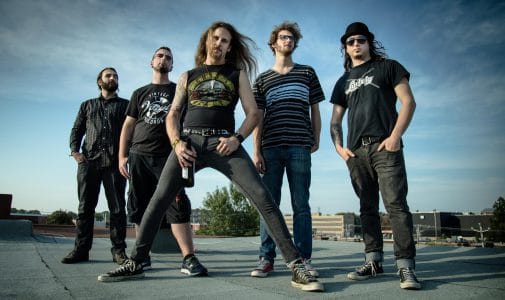 Sleaze Roxx stated the following in its review of Phoenix In Flames‘ debut full-length album Lookout! including the song “Steering The Wreck”:

“I wondered which Phoenix In Flames that I would get on the band’s first full-length studio album. Would it be the ’70s classic rock band as exhibited on the group’s debut EP Rise From The Ashes with the killer epic song “Sunday Hero”? Or would it be the heavy blues based group with growly vocals on the band’s follow up EP Howling For Power, which I didn’t like? Or perhaps the band might adopt a whole new sound in its apparent never ending quest for its identity? As it turns out, French Canadian rockers Phoenix In Flames adopt a new musical direction once again this time experimenting at times with various instrumentation and throwing some different twists into their songs.

Where Phoenix In Flames are at their best is when they stick to playing rock n’ roll such as on “Steering The Wreck” (with the intro drumming sounding like Twisted Sister‘s “We’re Not Gonna Take It”) with its cool guitar riff intro; “Freedom Has It’s Cost” where singer Cornelius Black is actually singing quite well at times; and, “The Source Of The Vice” which has a very enjoyable pre-chorus portion and some cool “hey hey” parts which would translate well live.”