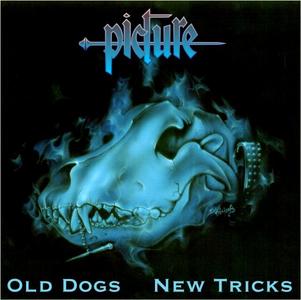 After being overwhelmed by their fans and having received so many positive reactions worldwide after the release from their new album “Old Dogs New Tricks”, the Dutch Heavy Metal legends from PICTURE have decided to do something back and have launched TODAY a very special version of the song “Now It’s Too Late” on their MySpace at www.myspace.com/pictureholland. The special edition of “Now it’s too Late” will stay for streaming for a couple of days on the band’s MySpace and after that the fans can download it at all relevant download platforms.

The CD version of “Now It’s Too Late” can be found on the band’s latest album “Old Dogs New Tricks”, released on October 1 of this year, exactly 30 years after their first record !

In many countries in the world Picture is treated as a cult band and when the long anticipated reunion finally happened at the beginning of 2008, many invitations to play on big (foreign) festivals followed soon. A limited edition live CD was being recorded and from December 2008 until January 2009 the band retreated in the StarSound Studios in Utrecht (Holland) to record their new studio album “Old Dogs New Tricks”.

The album contains a wide variety of hard rock and old school metal songs, completed with a breath taking ballad. The album was produced by Nico Verrips, who already produced and wrote numerous hits into the charts and who kept the eighties feeling, but gave the record a contemporary modern sound.

Old Dogs New Tricks is a typical Picture album with a variety of heavy and dynamic songs. The powerful and raw voice of Pete Lovell shows to its full advantage with this kind of heavy music. Add the brilliantly composed songs anno 2009 to this and you will agree that this is Picture in their historically best line-up ever. This is Picture 2009! Be prepared to be blown away…

For all info and the special single edition of “Now It’s Too Late”, go to www.myspace.com/pictureholland