Following bassist Dennis Ward‘s announcement that he was leaving Pink Cream 69 apparently due to the band’s lack of activity, the remaining band members — guitarists Alfred Koffler (1987–present) and Uwe Reitenauer (2003–present), lead vocalist David Readman (1994–present) and drummer Chris Schmidt (2012–present) — have announced that they are forging ahead with plans for the new year. 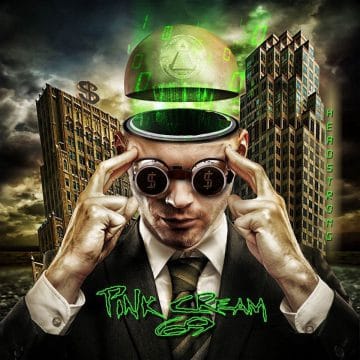 If you don’t already know by now, Dennis has decided to leave the band after more than 30 years in it. We had a fantastic time together (thx, man!) and wish him all the bestin his future endeavours – wherever his musical and personal journey may lead him. Sometimes we just have to go separate ways. There’ll be no bad blood here, no drama, only one thing we have to say: In the last couple of years we played on all occassions that we thought are representing a band with the history of Pink Cream 69 well. Within our means, we did whatever we could do and be there for our fans. We still love to be out there and perform, meet our fans and have fun together (the ones seen us live, know that!)……and our journey will continue in 2020. A first big festival is already confirmed with more coming up. And with a little luck we will be even playing Australia for the first time and might even return to Japan after a long time. Another visit to our belowed Monsters Of Rock Cruise is also very possible.

Currently we are also working on songs for a new album and would like to continue where we left off with our last album Headstrong two years ago.”

Subscribe To Be Alerted When We Add New Videos – http://radi.al/SubscribeFrontiers / From the album HEADSTRONG. Get your copy NOW: http://radi.al/Headstrong*…