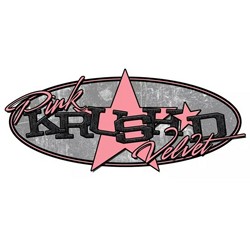 Former latter generation BulletBoys and Britny Fox members have formed the all new original rock band Pink Velvet Krush. The band are currently writing new material and will begin recording the yet to be titled debut album in August at Tropic Digital in Long Island, New York, with the leadoff video single “One Shot” to be issued later this year.

Pink Velvet Krush is also set to begin rehearsals for a string of dates scheduled in August, which will mark their inaugural performance. The band will perform their new originals as well as pepper in a few songs from their respective past.

With an impressive resume that includes; World tours, U.S. and European tours, The Vans Warped Tour, toured as part of the Gina Cutillo band alongside Katy Perry, Paramore, recording on Christina Aguilera’s remix of “Car Wash” from the movie “A Shark’s Tale”, opened or direct supported just about every national band there is, plus sold out venues across the nation, and a slew of tribute projects to boot, the members of Pink Velvet Krush have come full circle.