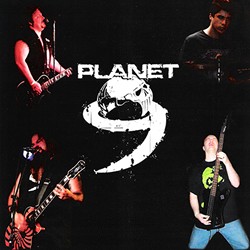 Ohio’s quintessential rock band Plantet 9 are proud to announce that they have inked a deal with Jamsync Music for the release of their self titled debut. Due early spring, Planet 9 will be distributed through MVD Entertainment Group.

Planet 9 was recorded at Fishtank Audio near Columbus, Ohio and is produced, mixed and mastered by Jack Campitelli (Foo Fighters, Gov’t Mule, The Rembrandt’s).

Planet 9 is best described as southern rock meets The Four Horsemen with Kid Rock attitude twisted up with a little flavor of The Almighty. Delivering rock n’ roll ear candy, front man and guitarist Alan ‘AK’ Kennedy creates seductive melodies with lyrics from life and reminiscent of the late great Frank Starr. The infectious groove grabs your attention and chokes it out like only true grit rock and roll can. Guitarist and backing vocalist Ron Zingaro adds to the brutal guitars and super charged riffs while the rhythm is tightly held down by Rich Wilson (bass) and Geof Wilson (drums).

Impatient music fans can checkout the first single off of Planet 9 titled ’40 Days’ at www.jamsyncmusic.com.

Cover art and track listing will be revealed in the coming weeks.