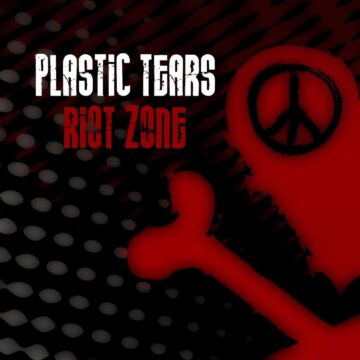 “Riot Zone” is a fast loud punky rock song about standing up for yourself, freedom, peace and fighting the injustices of the world. About being the underdog, finding your way and standing up for your rights. It’s a song that makes you wanna raise your fist, bang your head and pogo like crazy! The lyrics are meant to be uplifting rock ‘n’ roll rebellion and defiance, with a slight socially critical undertone. So don’t take life too seriously and strengthen yourself through the power of rock ‘n’ roll! Plastic Tears new album ‘Anthems For Misfits’ is released this year through Wormholedeath Records.