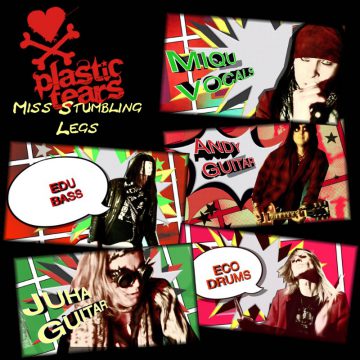 The group’s press release states in part: “The video was directed by Eco Inkinen and the storyline is based on the macabre lyrics.

Mika ‘Posse’ Suihko does a brilliant lead acting role as a man who wakes up with his memory lost after partying, only to find out something’s happened to his wife. Supporting actor Kitler also handles his acting role with the dignity and nonchalance only a cat can have.

The album has already gathered fantastic reviews all over the world, and this new single surely will keep the party alive!”

PLASTIC TEARS – “Miss Sumbling Legs” taken from the album “Angels With Attitude”, released by City Of Lights Records (http://www.rockitup.org) in 2018