Finnish rockers Plastic Tears have released a video for their song “Day By Day” from their Angels With Attitude album that was released via City of Lights Records back in June 2018. 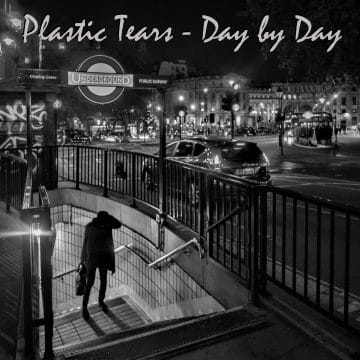 “Helsinki based rockers Plastic Tears‘ fourth video and single ‘Day By Day’ from the ‘Angels With Attitude‘ album is released on 16th of November.

Video directed and filmed by Erno Hankia in Helsinki and London.

Main actor Anzi Destruction is Plastic Tears former guitarist who now works as a producer and artist in London.

“’Day By Day’ is a moody, almost desperate song, and the visually stunning video nicely brings forth the vibes of Helsinki, London and the song. When the videos director and filmer Erno Hakia suggested we’d make a video without the usul rock cliches, we we’re excited to try something different.

As Anzi does a great acting performance, we are more than happy with the result.” – Miqu December

The ‘Angels With Attitude’ album was released in June through German City of Lights Records and has gathered rave reviews around the world.

The new single shows the poppier side of the album, and with a stylish video the song rises to new dimensions as well.”

“Day by Day” by Plastic Tears from the album ‘Angels With Attitude’.Listen to the full album: http://bit.ly/AngelsWithAttitudeOrder at: https://theplastictea…