Finnish rockers Plastic Tears consisting of lead vocalist Miqu December, drummer Eco Xtasy, bassist Edu Kettunen, and guitarists Juha Pietiläinen and Andy Whitewine have released a video for their latest single “Doomsday Girls” from their studio album Anthems For Misfits, which has been available via Wormholedeath Records since March 26, 2021. 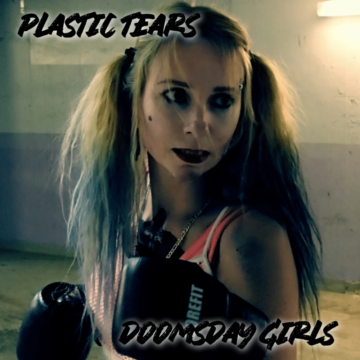 Plastic Tears‘ press release indicates in part: “Doomsday Girls is taken from the critically acclaimed ‘Anthems For Misfits’ album that was released earlier this year through Wormholedeath Records. It’s clear from the first beats of the song and video that you’re in for an energetic and fun rock’n’roll burst. Friday-Saturday-Sunday-Doomsday!

The video was edited by Eco Inkinen and shot at Suvilahti skatepark and Hietaniemi cemetery in Helsinki. These two surroundings contrast each other well and Elina Laine does an excellent job as the doomsday girl.”