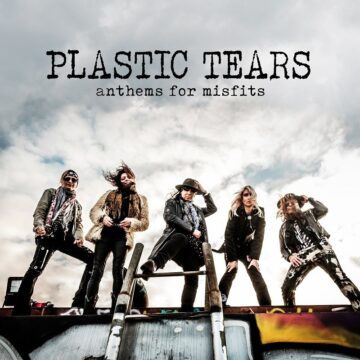 The album will be distributed by The Orchard/Aural Music Group.

Plastic Tears comment: “We’re truly excited and honoured to announce Plastic Tears will be joining forces with Wormholedeath Records for the release of our next album, ’Anthems For Misfits’.

The staff at Wormholedeath have been really supportive and excited about our album with great, but realistic expectations. Worm seems to understand us and we’re looking forward to this cooperation, and hoping it will open some new doors for us and help us spread our rock’n’roll message to a wider audience. The new album is our most solid so far. The songs range from punk rock to bluesy pop, and everything in between – still sounding like the Plastic Tears. We’re known for playing rock’n’roll with a punky edge, and that’s what you get – spiced with a little bit of musical this and that.”