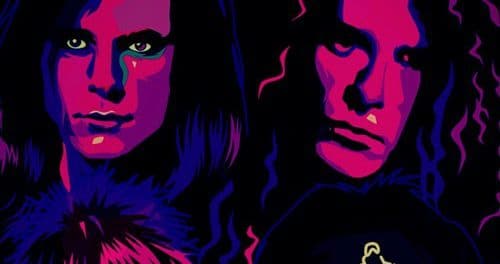 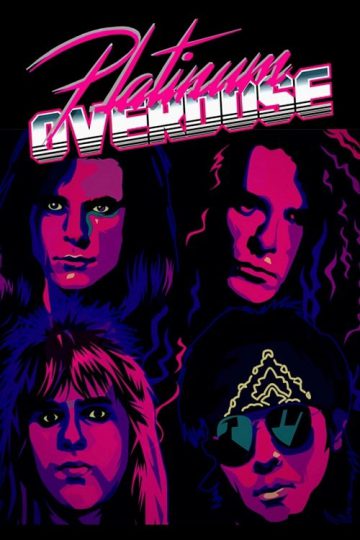 “The new Platinum Overdose album is near, won’t be long now, a lyrical snippet from a new track from the upcoming release:

“Now theres blood on our hands, Making love in the sand, They call us the damned, No turning back, Gotta run if you can

Now you can’t break away, Saints and sinners will play, The six string of dreams In the city of fiends, Are you going my way?””

Platinum Overdose‘s second studio album Back For The Thrill finished at #9 on the Sleaze Roxx’s Top Ten Albums of 2020 to which Sleaze Roxx stated:

“In the last year and a half, Platinum Overdose have released not one but two top notch albums that really capture the ’80s “hair metal” sound. Platinum Overdose‘s debut album Murder In High Heels came close to cracking the Sleaze Roxx’s Top Ten Albums of 2019 and this year, there is simply is no denying the band’s sophomore effort Back For The Thrill. The group is spearheaded by DDR Music Group‘s (formerly Demon Doll Records) principal Lance V. who handled bass and the production duties on both of the band’s albums. Lance V. assembled a formidable cast with lead vocalist Steve Philbrook (Brass Kitten), rhythm guitarist Matt Thorr (Rough Cutt, Jailhouse, Stephen Pearcy) and lead guitarist Rick Mead (Syre) who all really deliver on Back For The Thrill. If two albums in a span of one and a half years is not enough, word on the street is that Platinum Overdose have a third studio album in the works that could see the light of day sooner than you think.”

Platinum Overdose‘s “Psycho Suzi” single (from Back For The Thrill album):