Platinum Overdose featuring Rough Cutt, Brass Kitten and Syre band members have released their third single titled “Need Your Love” for streaming from their upcoming debut album Murder In High Heels, which will be released via Demon Doll Records on August 30, 2019. 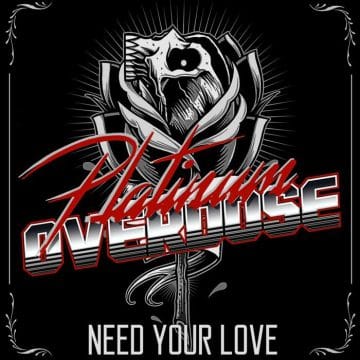 Architect, producer and bassist Lance V. states “We’re getting closer and closer to the actual release of our debut album ‘Murder In High Heels’ and the entire band is very excited! I think we are only 10 days away now. We wanted to drop another single on the public before the street release. This is probably our most radio friendly song on the record, it was written by our singer Steve Philbrook and definitely has our 80’s trademark sound written all over it in my opinion. For those that love the Pop Metal side of the 80’s, we think you might enjoy this very much, for those that don’t… have no fear their are some blistering songs on the album such as “Pretty & Punk” and “Out On The Run’ that will hopefully satisfy your appetite as well”.

Or you can pre order the digital version exclusively through Bandcamp.”