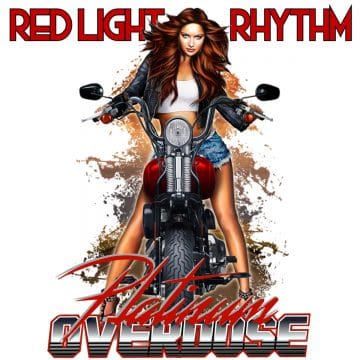 released two songs for streaming including “Red Light Rhythm” from their upcoming debut full-length album Murder In High Heels, which will be released via Demon Doll Records on August 30, 2019.

In terms of the importance of artwork in selling the ’80s brand of music, Lance V. advised in an interview with Sleaze Roxx last month: “I think it’s of critical importance. The ’80s wasn’t just the music it was a lifestyle and the artwork was a big part of it. The covers for [Ratt‘s] ‘Out Of The Cellar’ and ‘Invasion of Your Privacy’ were amazing. Mötley Crüe have a bunch of great ones. [Poison‘s] ‘Look What The Cat Dragged In’ is one of favorites and so many more. We definitely try to take the artwork as seriously as the music. I think they work hand in hand, although a great record doesn’t need a great cover. A bad record won’t be saved by a good cover either. It was a different time and walking down the aisles of the record stores, it was the album covers that caught your eye first, then for me it was the song titles and the look of the band. If you nailed those three, then you had my money.”

You can pre-order the CD via Demon Doll Records‘ website and digitally from the band’s Bandcamp page.