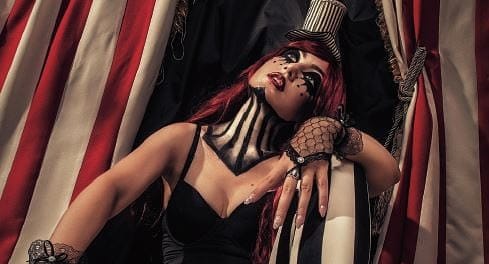 Canadian hard rockers, Playhouse, will be releasing their first new album in more than 25 years with the release of The Rock N’ Roll Circus on November 10, 2018. The group will be having a CD launch party at the Piranha Bar in Montreal, Quebec, Canada on November 10, 2018. 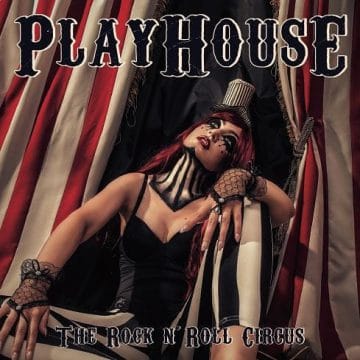 Playhouse‘s “Story” on their Facebook page states (with slight edits):

“Formed during the height of the 80’s hard rock invasion, five high school friends wanted to play loud! The year was 1987 and they had one goal, to be the biggest rock band to ever come out of Canada.

Playhouse released two E.P..’s; 1989’s Little Monster and the follow up; Tongue, Tied & Twisted in 1990. With a reputation for high energy shows and big chorus anthems. they quickly started filling every club they played. Now armed with a dedicated fan base solidly behind them, local promoters came calling. Soon, Playhouse found themselves opening for the likes of Extreme, Killer Dwarfs, Brighton Rock, Harem Scarem and many more. Then after 8 years together in the Rock n Roll Circus, the band called it quits…and now, almost 25 years later, THEY ARE BACK!

In the fall of 2016, the band reunited and entered the studio for the first time together in over 20 years with veteran recording producer and lead guitarist for Slaves on Dope, Kevin Jardine to record three new songs. The first video “On Fire” was released in September 2016 with a follow up video released a few months later for “Stand Up And Fight.” In November 2017, Playhouse returned to the stage after 25 year with their sold out comeback show in Montreal, Canada.

Get this song free here : https://goo.gl/D2mYNg (click the 3 dots on the right of the song, a menu will roll down. Just click download and share)PLAYHOUSE fo…