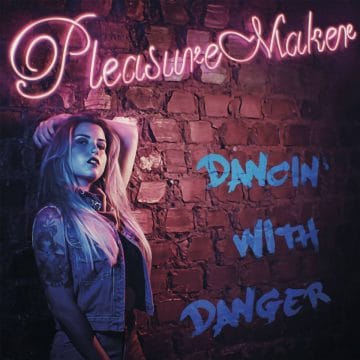 “Alex Meister, guitar player and producer, came up with Pleasure Maker project in 2001. He was inspired by great bands such as Def Leppard, Dokken, Winger, Ratt and so.
The band released “Love On The Rocks”, its first álbum, in 2004. That was re-released in Japan in 2006 under Spiritual Beast label.
Their music had huge positive feedback and great critic reviews on magazines and websites worldwide. The band even had an award indication for best song of the year 2005, for the track “Just Thinkin’ About U” on melodicrock.com, the main reference back then.
In 2008, “Twisted Desire”, their second álbum, was released simultaneously in Europe and North América under Perris Records label.
In the following year, they toured non-stop around Brazil, which included as opening act for Richie Kotzen (ex-Poison and Mr. Big).
After a seven year break, the band reunited in 2017 to record their third album, “Dancing With Danger”. It features Alex Meister as a producer and brings Herinque Canale “Baboom” on mixing and mastering.
The new CD presents Pleasure Maker at its best!! It has contagious tunes that sound colorful and vibrant, just like an 80’s hard rock band should.
And better yet, they do not sound old fashioned at all.
Get ready for the perfect match of sing-along chorus and powerful guitar solos to be played at the maximum volume.”

Order your CD at http://www.pleasuremakerband.com/merch.html (Brazil) or mail to sales@adrenaline.it (Europe, North America and Asia)Listen to the entire CD…