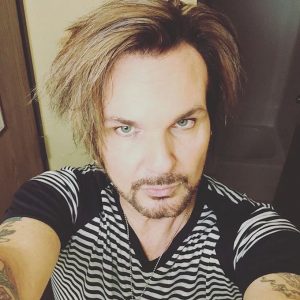 Poison and Devil City Angels‘ drummer Rikki Rockett was recently declared cancer free and the obvious question now that he is back at 100% is what are his musical plans going forward.

Rockett was recently interviewed by 100% Rock Magazine and revealed that the Poison band members are talking about the group getting “busy” in the spring of 2017.

100% Rock Magazine asked Rockett when we would be hearing new music from him and that it had been a long time since Glitter 4 Your Soul. Rockett responded as follows: “It’s funny you should mention that because I’m starting to have talks with people about a second version of that record, believe it or not. That’s something I do want to do. I’m also hoping that Poison gets busy in the spring, we are talking about that and I hope that that comes to fruition. I continue to work with Brandon Gibbs doing things. In fact, we’re meeting with somebody about a reality show. Yeah. There are some interesting, fun things that are coming up.”

You can read the rest of the interview with Rockett at 100% Rock Magazine.