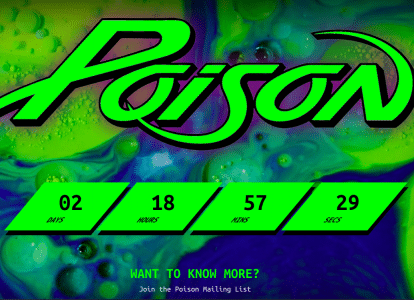 There appears little doubt that Mötley Crüe, Def Leppard and Poison will be touring together next summer and all that is left is to have an official announcement from those bands and the tour details.

Poison have recently put up a countdown “clock” on their website where the time would run out on December 4, 2019 at 5:30 pm. Presumably at that time, the group will be making some sort of major announcement such as the Mötley Crüe, Def Leppard and Poison tour package.

It is expected that there will be a fourth band on the Mötley Crüe, Def Leppard and Poison tour package.

Sleaze Roxx stated the following in its review of Poison‘s concert at the Budweiser Stage in Toronto, Ontario, Canada on June 19, 2018: “Overall, while I thought that Poison‘s set was a little on the short side (probably one hour and 15 minutes with three solo features), it was a lot of fun and it really felt like there was a great party atmosphere. In a nutshell, Poison brought the party to Toronto and made a usually uneventful Tuesday night feel like a raucous Saturday night. You can’t ask for anymore than that from any entertainer. I am definitely not waiting another ten years before I go see Poison play live again.”