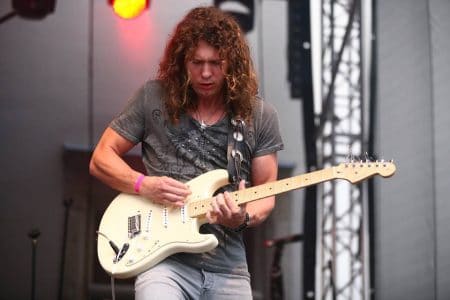 Polish hard rockers Atom Heart have released a video for their song “Sofia” from their album Into The Light, which was released back in April 2016.

Sleaze Roxx stated the following in its review of Atom Heart‘s Into The Light album: “Sofia” is a blues-riddled slide fest — a pure foot stomp. “All I need is you, I don’t need nobody….else” — in the quieter parts, the vocals typically provided expertly by Daniel Brühl are lessened by his heavy accent. The song is good enough that I can get past that pretty quickly…

I love Sleaze Roxx because we all share new discoveries. I never would have found Atom Heart without the EP landing in my inbox. I can’t say Atom Heart is my new favourite band, but I do feel better for knowing hard rock is still alive and well in all corners of this amazing planet.”