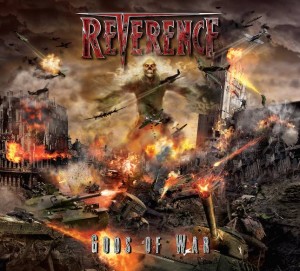 Reverence released their debut album When Darkness Calls back in 2012.

Bleed For Me by Reverence from the debut CD When Darkness Calls.Visit www.ReverenceMetal.com for more information. Reverence is-Todd Michael Hall- VocalsBrya…