Power metal rockers Almanac have released their debut album Tsar via Nuclear Blast back on or about March 18, 2016. 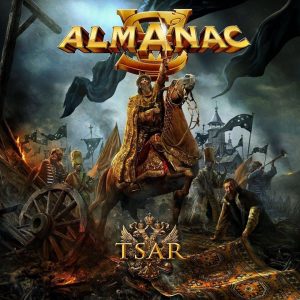 Almanac‘s bio on their website states (with slight edits):

“After 15 years and 10 CD’s as guitarist, producer and composer for the German heavy metal institution Rage and with hits penned by him like “Down”, “Soundchaser”, “War of Worlds”, “Straight to Hell” (well-known from the German blockbuster movie “Manitou’s Shoe”), “Carved in Stone”, “Forever Dead”, “Empty Hollow” and “Cleansed by Fire”, he now continues his musical career with his new group Almanac. The guitar virtuoso’s composition “Suite Lingua Mortis”, released first on the successful 2006 Rage record “Speak Of The Dead“, built the classical foundation for the new, more versatile yet even playful Lingua Mortis Orchestra sound and their LMO release in 2013 which scored a big success by outselling all most recent Rage releases and charted in Germany at #24 on the official album charts. In comparison to Rage, LMO offered fresh song material entirely composed by Smolski, a new musical concept combining heavy metal with classical music, songs written especially for band & orchestra plus several male and female singers sharing the lead vocal job.

This successful story now continues with Almanac who add a powerful touch of heaviness to Lingua Mortis Orchestra‘s unique sound on “LMO I” album . The Belarus-born guitarist with this new group is joined by former LMO band members Jeannette Marchewka (vocals), the “Orquestra Barcelona Filharmonia” with Enric Garcia on keyboards. New members are Armin Alic on bass and Michael Kolar on drums. The two singers David Readman (Pink Cream 69) and Andy B. Franck (Brainstorm) complete the line-up. 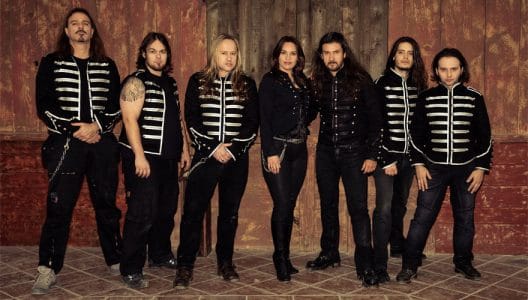 For all the members of Almanac, the debut album is a new, exciting, and very interesting chapter that has now begun. Traditional power metal in conjunction with classical music, world music with a modern sound make Almanac for an absolute listening experience.

Fans with an interest in deeper subjects including history and culture will also be able to dive into a new world with their first album, which combines historic and modern parallels that will surprise many. From the warlike nomadic horsemen in the steppes of Russia, to the Tsardom, Ivan the Terrible, warlike Cossacks who dominate the Tatar, the siege of Constantinople and the Mongol invasion are stories about battles, wars, intrigue, conquest, terror, power and love that can be heard vocally using the different styles of the singer’s voices.

Almanac has signed a record deal with the world’s leading heavy metal label Nuclear Blast and will release the new album “Tsar” on March 18th, 2016.”