UK rockers Praying Mantis have released a new song entitled “Keep It Alive” from their upcoming new studio album Gravity, which will be released via Frontiers Music Srl on May 11, 2018. 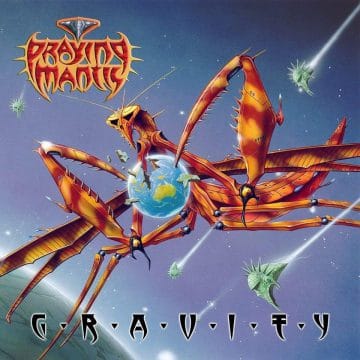 “Originally formed in 1973 by the Troy brothers, Tino and Chris, Praying Mantis became one of THE most influential bands of the New Wave of British Heavy Metal (NWOBHM). The band is also one of a very small number of bands from that era to have remained a going concern over the intervening years, and to still record and appear live regularly.

The band first came to prominence in the UK through the championing of grass-roots fans and rock DJs, most notably perhaps by Neal Kay at the semi-legendary Bandwagon Rock Disco in North-West London. Mantis appeared alongside Iron Maiden and other seminal NWOBHM bands on the landmark release, “Metal for Muthas”, in early 1980, and went on to tour extensively with Iron Maiden, doing over 100 shows with them in the early years.

The debut Praying Mantis album, “Time Tells No Lies” (Arista) was released in 1981 to critical acclaim, and it remains a significant NWOBHM recording. The band moved to Jet Records in early 1982, but this relationship was short-lived, and on-going problems with record labels and management led to the band all-but disappearing from public view. However, the Troy brothers continued playing, teaming up with Clive Burr (ex-Iron Maiden) in Escape, which swiftly became Stratus. The 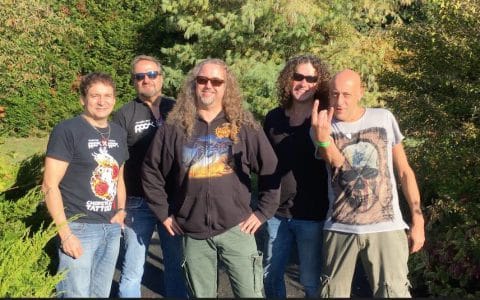 band’s only album, “Throwing Shapes” was released in 1985 to mixed reviews, and the band quietly folded soon after.

Following a short-lived reformation of most of the original line-up of Praying Mantis in 1987, the band went back on hiatus until offered the chance to play in Japan with ex-Iron Maiden members Paul Di’Anno and Dennis Stratton in 1990. This experience injected new life into the band, and also marked the beginning of a productive 15 year partnership with Dennis Stratton. The band’s second official studio album, “Predator in Disguise” was released in 1991, and the band have continued to write and release new material every two to three years ever since, with a shifting line-up which has featured the likes of Doogie White, Gary Barden, Bernie Shaw, Bruce Bisland, Mike Freeland, Gary Mackenzie and many other figures from the cream of Britain’s rock fraternity….

Following another major change in line-up (including the departure of Dennis Stratton), Praying Mantis signed with rock speciality label Frontiers in 2007 and recorded the album “Sanctuary”, which was released in 2009. The album, considered to be one of the finest of their career, has received consistently positive reviews from around the world and sets a very high standard for all future Mantis recordings.

To mark the 30th anniversary since the release of “Time Tells No Lies”, the band re-recorded 5 tracks from their early years as a commemorative EP, “Metalmorphosis”, in early 2011 – classic tracks given a contemporary make-over. The band couldn’t have anticipated the incredible response to this release – it’s been almost impossible to find anything other than rave reviews ! The past couple of years have also seen the band take to stages across Europe as well as visit Japan (where they still have a fanatically strong following).

Whether gigging in support of their latest releases, writing new material for the follow-up to “Sanctuary”, or re-visiting other songs from their extensive back-catalogue, the Troy brothers, along with guitarist Andy Burgess and newest recruits, John ‘Jaycee’ Cuijpers on vocals and Hans In T’ Zandt on drums & vocals, remain committed to the blend of melody and power in their music that has become a trademark of the Praying Mantis sound, and, some three decades after forming, the band is still completely dedicated to entertaining a seemingly ever-growing army of fans across the globe.”