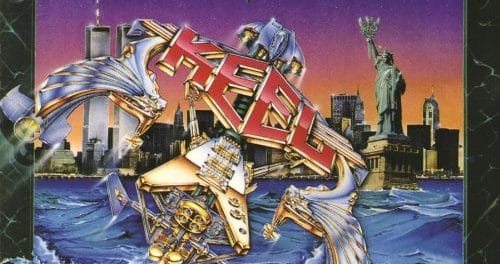 Keel, Steeler and Ron Keel Band frontman Ron Keel was recently interviewed by Metal Pulp and Paper and was asked what are his plans for 2019. The singer replied (with slight edit): 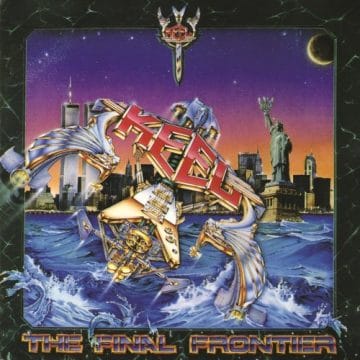 “Kick back and grab a drink – this is gonna take a minute. There’s a lot happening in my camp this year! When my wife Renée was diagnosed with cancer two years ago, I began exploring an online platform called Patreon, which would enable me to entertain people from home. She’s recovered and healthy now, but I was still excited to launch http://patreon.com/ronkeel a few months ago where I can share exclusive audio, video, music, the RonCast, experiences and other content with Keelaholics online so I hope everyone will check that out. In addition to Fight Like A Band, there are some other exciting album releases, starting with 9th Star, the Black Sabbath tribute album featuring 10 former members of Sabbath and Ozzy’s band. I am very proud of my lead vocals on this project – I got to sing an Ozzy song, “Hole In The Sky,” an Ian Gillan song “Trashed,” and the Dio-era classic “Die Young.” Other rock royalty on those tracks include Vinny Appice and Bobby Rondinelli on drums, Rudy Sarzo on bass, and DC Cothern from Ron Keel Band on lead guitar.

FnA Records will release Steeler: Come Hell Or Hollywood – this is pure 1982 Hollywood rock from before Yngwie joined the band; Ron Keel Band will have our South X South Dakota Southern Rock cover album out this summer, and we’re hoping to see the re-mastered re-releases of The Final Frontier and Keel on Rock Candy Records in time for the Keel show at the Frontiers Rock Festival in Milan, Italy in April. After four years hosting a daily radio show, I am resuming my weekly syndicated show ‘Streets Of Rock N Roll‘ – the debut episode features an exclusive interview Dave Mustaine from Megadeth and that will be available on demand at http://patreon.com/ronkeel. And then there’s the big elephant in the room – KEELFest 2019, just announced for Columbus Ohio May 10th! Keel – Ron Keel Band – and a tribute to Steeler featuring Steeler alumni Rik Fox on bass and Mitch Perry on guitar. This is a three-hour show 35 years in the making, and to have all these good friends on stage with me in one night is going to be a dream come true.”

You can read the rest of the interview with Ron Keel at Metal Pulp and Paper.