Premiere of Casablanca’s video for song “Closer” on Sleaze Roxx

Sleaze Roxx is very pleased to premiere the video for the song “Closer” from the Scandinavian hard rock group Casablanca.

The track “Closer” is the first single from Casablanca‘s forthcoming third full length album, Miskatonic Graffiti, which will be released on September 25, 2015 through Despotz Records. 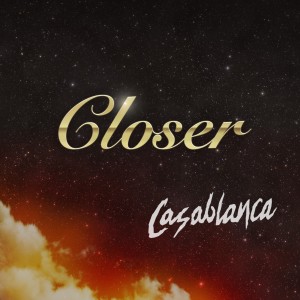 The summer of 2015 finds Casablanca (minus Roxie and adding Bullet six stringer Erik Almstrom) bringing their first concept album to the masses in the form of Miskatonic Graffiti, a hard driving ten song affair based on Cthuthulu mythology — with a twist. According to H.P. Lovecraft, before man, The Old Ones ruled the Earth. Casablanca, however, lays claim to the theory that before The Old Ones, The Original ran things on the planet.

“I’ve had this HP Lovecraft concept story in mind since I was young and when we came up with a load of different sounding songs that would fit perfect in story form we decided to give it a try,” says frontman Anders Ljung. “There’s been a lot of Lovecraft in art, music, movies, and so on for ages so we realized we had to twist it a little to give it some new energy so we did.”

The ten song opus hits off with “Enter the Mountains” (about The Phantom and it’s return to our dimension around two hundred years ago and where he slowly but surely established the town, the mountains and the Miskatonic university). With “My Shadow Out of Time,” you get heavy loss (The Phantom‘s friend being caught on the other side) and “Name, Rank, Serial Killer” refers to love — probably the biggest serial killer of them all. Wrapping things up is “Exit the Mountains,” a war song to bring the story to its conclusion.

The track “Closer” is the second part of Casablanca‘s Miskatonic Graffiti concept album. Casablanca frontman Ljung states: “In this section, the characters Mat and Josie find themselves confronted and chased by someone or something who has slipped through the passage to The Mountains and seemingly wants to kill the two of them. The story takes a sudden turn when Sgt. Doom steps in. This is a classic horror story that ends in favour of the victim while the perpetrator faces a cruel and certain death.”

Alex Taylor, the director of the video “Closer”, comments: “When Casablanca said they wanted a video that was part Lovecraft 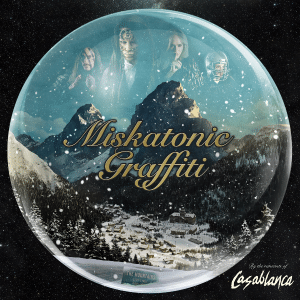 part Twin Peaks we couldn’t pass on the opportunity to work with such cool influences — and great music too! We used the opportunity to channel found footage horror films through our love of 70’s horror like Evil Dead to make something that’s hopefully as much fun to watch as it was to make.”

Why has the band chosen to go the concept route on Miskatonik Graffiti one might ask? According to Ljung, “With this album we wanted to go further than rock n roll, probably in the same way Bowie felt just before he launched Ziggy and we had the time to do it!”