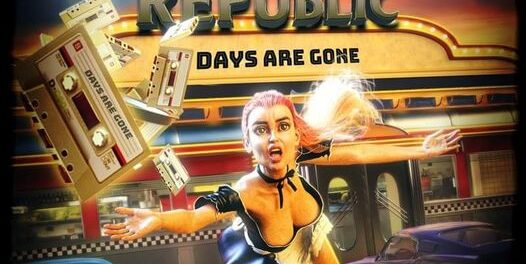 Sleaze Roxx is pleased to premiere Canadian glam punk quintet Dirtbag Republic‘s second video in support of their upcoming new studio album Tear Down Your Idols for the new single “Days Are Gone.” The Vancouver, British Columbia based 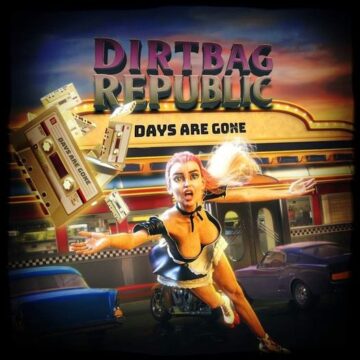 Dirtbag Republic‘s oft-delayed third album Tear Down Your Idols will be released via Shock Records / Vanity Music Group on November 26, 2021. The band has already released the albums, Dirtbag Republic (2015) and Downtown Eastside (2017).

“Canada’s hottest glampunk act release the second video from their upcoming full-length album, Tear Down Your Idols today.  “Days Are Gone” was shot, directed and edited by top Canadian filmmaker Matt Leaf (The Devil You Know, Beer Money, the documentary Backroad Truckers and more) and shot at the famed Rickshaw Theatre in Vancouver, BC and features the band in a mock live performance.  The band teamed up with leading hard rock website Sleaze Roxx to premiere the video, which can be seen here.

“Days Are Gone” is an autobiographical look back into frontman Sandy Hazard’s debaucherous junior high school days. “”It’s actually about me and a group of friends I hung out with in junior high and looking back at those days all these years later.”  Sticking with the punk and roll aesthetic that they championed on their previous single, “Wannabes” as well as the entirety of Tear Down Your Idols and their previous two releases, the Canucks marry Finnish heroes Hanoi Rocks with Cleveland legends Dead Boys and the result is a pleasantly raucous, energetic fireball of a track with a hook as wide as the Pacific Ocean for a chorus. 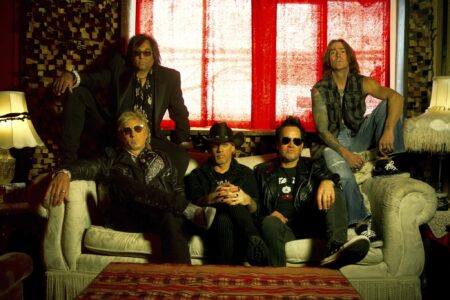 The quintet – consisting of lead vocalist Hazard as well as guitarists Mick Wood and Mike Federici, bassist Dave Worden and drummer Ed Nijjer – recorded Tear Down Your Idols at both Hazmat Studios and The Woodshed and was produced by Sandy Hazard and Mick Wood. It was mixed by Tim Neuhaus at EarArt Music and mastered by Harry Hess (Harem Scarem, Danko Jones, Billy Talent) at HBomb Studios. Hazard describes the album as being so low down it’s dragging it’s ass through the gutter filth. The band has grown exponentially since 2014 and strived to create anthemic songs throughout the record.

As for the album’s title, Hazard tells it like it is: “It comes from a few different angles, actually. People like to discover a band and hang onto them dearly when they are lesser known. If they suddenly blow up and become wildly popular, they get a stigma attached to them and people like to “tear them down” a notch or call them a sellout. Another instance I’ve noticed is when you see some of the classic bands from the 80s who have had either health problems or are not regularly active live. Some of them sound like their expiration was due long ago and are just trying to milk their legacy.”” 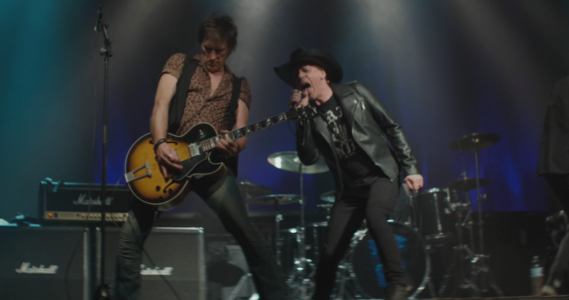 Speaking exclusively to Sleaze Roxx, Hazard was asked what has caused the various delays in the release of Tear Down Your Idols to which he replied: “Originally, it was supposed to come out early summer 2020, but due to issues in the world, Shock Records / Vanity Music Group and ourselves opted to wait until things calmed down. The CDs/LPs were manufactured in Portugal. Due to Covid restrictions on shipping weights, the pallets that our CDs were on, exceeded the weight allowed to be shipped. So the shipment had to be broken up. Then it was stuck in Belgium for about a month, and when Shock / VMG finally got the product, we had to wait some additional time to get the CDs over to Sony Music for distribution to stores. We are currently waiting for the LPs to be done. Backlog on vinyl is crazy right now.”

In terms of how Dirtbag Republic came up with the album title Tear Down Your Idols, Hazard indicated: “It comes from two perspectives. Sometimes you see a band who has a niche following and become wildly popular, then for whatever reason there becomes a backlash to knock that band down a peg or two. The other is seeing bands from the ’70s/’80s who are past their prime and were praised back in the day, being mocked, etc, because they don’t sound the same, have gained weight, etc. It was just an observation and we thought it was cool title.”