Sleaze Roxx is pleased to premiere Kult of The Skull God‘s new video for their single “One More Try” from their upcoming studio album The Great Magini, which will be released via Rockshots Records on May 8, 2020. You can pre-order the album at Rockshots‘ website. 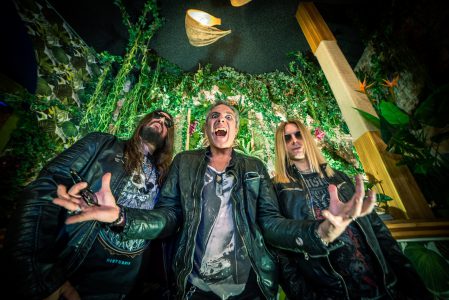 Speaking exclusively to Sleaze Roxx, Kalidon was asked what made them decide to resurrect Kult of The Skull God and what did that process entail, to which he replied: “I can’t talk of a “resurrection” thinking about Kult of The Skull God, since this project got me and Dave in a true intimate life process through many years.

I can honestly affirm that our musical tastes, along with our life behaviours, share a common vision that merges into this “mission.” We’re bringing back something that could be taken as anachronistic at a first sip, intriguing at a second sip, to fulfill your mouth as an amazing experience at the end.” 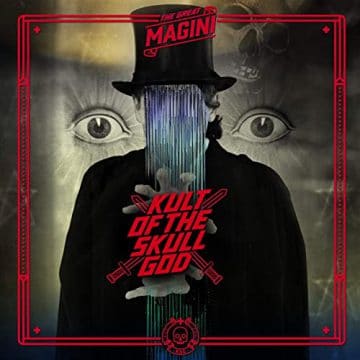 That project demanded a lot of commitment and couldn’t get along with Kult of The Skull God. In 2018, I suffered paralysis and we had to pause all music activities. In my darkest hours, I composed almost all of the new album and Dave got involved in this process closely and deeper than ever before. We decided it was the perfect moment to raise high the voice of the Skull God once again.

With respect to why they chose the single “One More Try” for the next video and what was the idea behind the video, Kalidon stated: “This song talks about the struggle to appear and the need to be accepted in this society. Socials and media are pushing you to be someone you’re not, someone you don’t even want to be. It’s an “anti-wannabe” hymn, even though it’s not a rigid statement, it’s just our point of view, a “POV.”

When Dave wrote the main riff of the song, I fell in love with it at first listen and the game was on. The video is a performance depicting the cliche of a rock singer pretending to wear his rockstar mask and playing his role. Is he the one wearing a mask or the mask-wearing him?”

Kult of The Skull God‘s “One More Try” video (from the upcoming The Great Magini album):

Hard Rockers KULT OF THE SKULL GOD unleashed 3rd single “One More Try” from “The Great Magini” coming out May 8 via ROCKSHOTS RecordsBUY / LISTEN: http://sma…