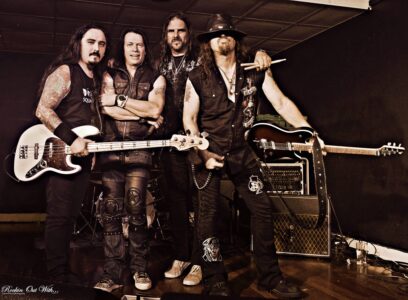 Speaking exclusively to Sleaze Roxx, guitarist Mr. Brett explained why Madman’s Lullaby elected to choose “Love Don’t Come Easy” for the next video as he stated: “It’s a great tune. We thought the lyrics in the song offered some interesting possibilities for a video. This made it a logical choice.”

In terms of how Madman’s Lullaby have found promoting their latest EP with the ongoing Covid pandemic, Mr. Brett indicated: “Covid has made many things in life difficult and promoting a CD has been no different. Not being able to do shows is an obvious obstacle and not being able to do things like photo / video shoots etc are biggies too. There are so many platforms today and so many artists, trying to figure where to go and how to get noticed is a challenge Covid or no Covid.”

In regards to when we can expect Part 2 of the EP Nocturnal Overdrive and where Madman’s Lullaby are in terms of the writing / recording process for the EP, drummer Eric Arbizu announced: “Nocturnal Overdrive Part 2 is complete and ready to go! Everyone can expect to get their hands on Part 2 in early April.” 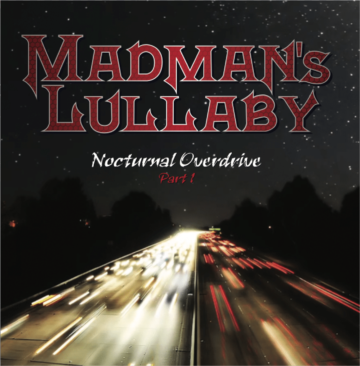 “One band that I never expected to figure on the Sleaze Roxx’s Top Ten Albums of 2021 is Madman’s Lullaby. It’s not that I didn’t like them. It’s simply that I was really not familiar with them and whatever songs that I had heard in the past had not impressed me that much. Madman’s Lullaby actually originate all the way back to 2007 and they have released quite a few albums with Unchain My Soul (2007), New Beginning (2010), Unhinged (2013) and Sins of Greed (2017). Earlier this year, I agreed to have Sleaze Roxx premiere the video for Madman’s Lullaby‘s debut single “In Your Mind” off their latest EP Nocturnal Overdrive Pt. 1. I liked the song but it wasn’t until I put the entire EP for a spin that I sat up and took notice. Madman’s Lullaby can seemingly play all types of songs really well from their scorching “Next Show” to their mid-tempo rockers such as “In Your Mind” to their beautiful acoustic ballad “Love Don’t Come Easy.” The guitar work throughout the EP from band founder / lead guitarist Mr. Brett is absolutely stellar and I simply can’t wait for Nocturnal Overdrive Part 2 to be released.”