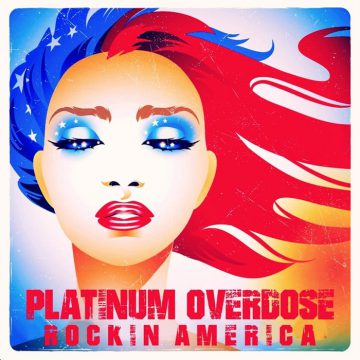 Sleaze Roxx is pleased to premiere Platinum Overdose‘s new singles “Rockin’ America” and “Back In Your City” from their upcoming sophomore studio album Back For The Thrill.

“Platinum Overdose is officially back…’Back For The Thrill.’

After garnering fanfare from the likes of Sleaze Roxx, KNAC.COM, Michael Starr, Hard Rock Nights, 97 Underground, Radio Bypass and hundreds of others around the globe, the boys in the band could not wait to get back in the studio and cut their teeth once again delivering another knockout blow of pure 80’s Metal continuing their mantra that the genre is alive and kicking.

From the opening riff of “Psycho Suzi”, Steve Philbrook, Matt Thorr, Lance V. & Rick Mead deliver a shot to the chin and the punches keep coming one track after another. Whether it’s the full throttle rock tracks “No Way Out”, “Rockin’ America” or the anthem “Back In Your City” – you’re sure to find something to bring you back to the glory days when leather and lace reigned supreme. Dig your 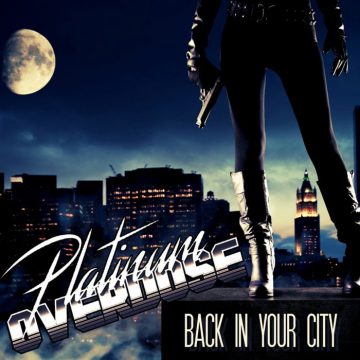 teeth into “Give The Night Away” (a love letter to Los Angeles penned by Lance V.) and you’re sure to feel the grittiness of Hollywood Blvd. deep in your soul. Deemed essential by the book “The Rise, Fall & Rebirth of Hair Metal”, Platinum Overdose build off their wildly successful debut album ‘Murder In High Heels’ by delivering the raucous follow up ‘Back For The Thrill’ which produces nothing short of an adrenaline shot straight to the heart to keep that 80’s blood flow coursing through your veins.

This album comes packaged in an 8 page booklet with a full set of lyrics.

This CD is silver pressed, officially licensed from the band and exclusively available from The DDR Music Group.”

Platinum Overdose‘s “Back In Your City” single: