Premiere of Razorbats’ new song “The Hurricane” on Sleaze Roxx 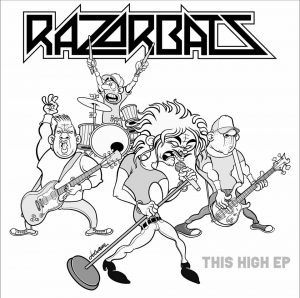 Sleaze Roxx is pleased to debut Norwegian rockers Razorbats‘ new song “The Hurricane” from their upcoming new This High EP, which will be released on June 15, 2016.

Razorbats made a big splash last fall with the release of their debut album Camp Rock, which received many rave reviews including from Sleaze Roxx which stated: “Despite the wide variety of songs on Camp Rock, I find that the songs work well as a cohesive unit with Razorbats having a defined and unique sound to their delivery. I like all the tracks on Camp Rock. There are no tracks at this point that really stand out as being that band defining one but overall, they all work and fit so well together. It is almost as if the sum is greater than its parts. My favorite tracks on Razorbats‘ Camp Rock are “Betty Boop” with its punk like fury, the opener “Planet Riff” which sets the stage and mood nicely for the entire album, the single “Kids Of The 70s” and the moody “Transformer” with its very retro sound.

Sleaze Roxx caught up with Razorbats‘ guitarist Kjetil Fagerlund Wevling and asked him what made Razorbats decide to release a three song EP at this time. Wevling stated: “The main reason is that we can’t stand bands who just release and album 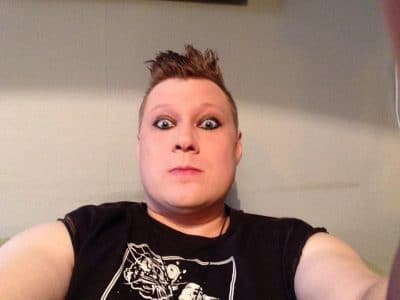 every three to four years and that’s all you hear from them. When you’re a fan of a band, you at least want a couple of new songs to listen to every year, so we decided pretty early on that an EP one year and an LP the next year is the way to go. We didn’t plan to have a theme or anything, but the songs link up pretty well with the lyrics and they show different sides of the band musically. “The Hurricane” is a straight forward rocker in the same vain as “Kids Of The 70s.” “This High” is more of a powerpop song and “Born In The Fast Lane” is a slow one echoing “Desolation Highway” from Camp Rock. After they were recorded, we noticed that all of the songs are in some way about getting high, so maybe we can start pitching it as a mini-rock opera and tell people it was our plan from the beginning to make our own mini-version of Tommy or something daft like that! And maybe they will buy it and give us an award for outstanding contributions to the arts! The Nobel Peace Price in Rock [laughs]! But seriously, it’s just a couple of cool rock songs!”

In regard to the very positive response that Razorbats‘ debut album Camp Rock received, Wevling noted: “We were quite surprised to be honest! And of course thrilled! We’re a Norwegian band who play ’70s and ’80s style hard rock. Most of the bands that have influenced us got terrible reviews back in the day, so we kind of figured we’d get the same treatment! But I guess a lot of the guys who now write for rock magazines and webzines grew up listening to KISS, Cheap Trick, Hanoi Rocks and stuff like that, and love it when there’s a new band doing that kind of music and doing it well! We felt that Camp Rock was a really strong album, but we didn’t in our wildest dreams think that it would reach people in the US, Australia, Brazil or even as many places in Europe as it did. We have actually gotten more press and radio airplay in the US and the UK compared to Norway, so maybe our music is a bit universal in some ways. Or maybe there aren’t a lot bands doing what we do these days? We have absolutely no interest in following trends and I think a lot of people appreciate that as well. There isn’t a trace of irony or trying to be hip with what we do. Just good old fashioned hard rock.” 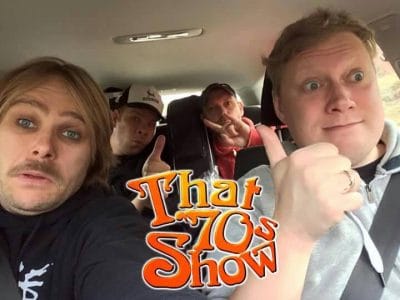 Wevling stated the following with respect to what inspired the cover for the This High EP: “The cover was designed by a friend of ours who calls himself Lobotom. He makes comic books and does illustrations for a few companies, so we knew he was good. He came to see us when we played his hometown a few months back and after what must have been a zillion beers and a funny smelling cigarette, he started having some kind of vision about us being rock ’n roll zombies risen from the grave to eat hipster-brains and take over the world. Or something like that [laughs]! So it has absolutely nothing to do with the title of the EP, but we liked it anyway!”

With respect to Razorbats‘ plans for the rest of the year, Wevling stated: “We’ll start off with a few festivals in Norway, then we go to the UK to play a club in London and a festival in Wales. In September, we’ll celebrate the release of the 7” vinyl version of the EP by doing a couple of gigs in Norway and Sweden with the great Swiss band Bitch Queens. After that, we’ll start recording our new album. We’re writing songs for it now and those who liked Camp Rock will not be disappointed! The demos sound awesome and we can’t wait to go into the studio with our producer and start recording them. We feel a bit of pressure since the last album was received so well, but the new songs feel even stronger so we can’t wait to share them with you! But in the meantime, you can enjoy our new EP! With or without getting high!”