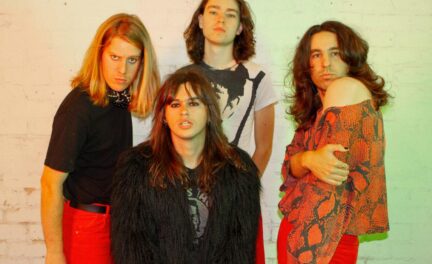 Sleaze Roxx is honoured to premiere Australian glam rockers Starcrazy ‘s video for their new single “Hysterical.” Starcrazy consist of lead vocalist Marcus Fraser, guitarist Odin Wolf, bassist Jack Barratt and drummer Jack Farmer. “Hysterical” will be featured on the band’s upcoming EP Another Day, Another Squalor…, which is slated for released sometime in 2023. You can check out more about Starcrazy via their Facebook page. 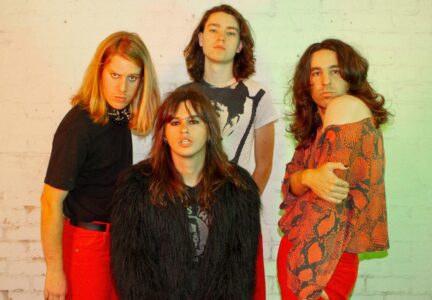 Speaking exclusively to Sleaze Roxx, Fraser revealed the idea behind the video for “Hysterical”. “This video was filmed and directed by our mate, John Flaws. The idea was that three band members are loading musical gear/equipment from the street up a four story building whilst the egotistical lead singer just sits around singing to the camera, not helping at all. The band get to the roof and put on an electric performance and then it ends with the rest of the band handing their gear to the singer and leaving him to load everything back down the building. Simple concept but we love it!”

In terms of how Starcrazy came up with the EP title Another Day, Another Squalor…, Fraser indicated: “I coined the title myself after hearing a workmate say “Another day, another dollar!” every now and then at the end of the work day, a phrase I find depressing and tiresome. I added the ‘squalor’ as a reflection of the high cost of rent of where we live in inner-west Sydney. We’re always moving into a new apartment or house looking for a better place to live only to find the same defects/faults with the buildings.”

With respect to Stazrcrazy‘s origins, Fraser stated: “In late 2019, my long-time friend Odin and I decided to start a band that reflected the style and attitude of our mutual influences, which included the likes of Jane’s Addiction, Hanoi Rocks and Van Halen. We recruited Jack Barratt on bass after a chance encounter involving Harry Vanda of The Easybeats. Finally, Jack Farmer came into the fold through the recommendation of Steve Woodward from Sydney band, Fangz.”