Straight Six‘s “All Or Nothing” lyric video:

Straight Six drummer Joey Shapiro answered a few questions from Sleaze Roxx for the occasion. In terms of what prompted Straight Six to release a lyric video at this time in the midst of the ongoing Covid pandemic, Shapiro indicated: 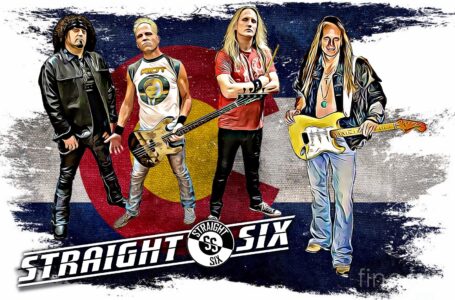 “Well that’s really the reason…. We’ve all got elderly family members and some with compromised immune systems so better safe than sorry. We will be doing a full blown production music video in the future but for now here in Colorado, USA, it’s a difficult time for everyone and hiring full video crews outside of our “bubble” is difficult. So a lyric video seemed to be the short term answer. Between the pandemic, raging forest fires here, a crazy election, no live shows, I fully expect to see flying monkeys announced on the news at any moment!”

In terms of how far along Straight Six are in terms of new material for a new album or EP, Shapiro stated: “We are well along with some amazing material we can’t wait to unveil! The recording session of “All Or Nothing” was actually completed months ago but between the pandemic and every music artist on the planet stuck at home or in the studio recording, the companies that assist all of us with publishing music to the world are on limited staff and behind schedule for processing and 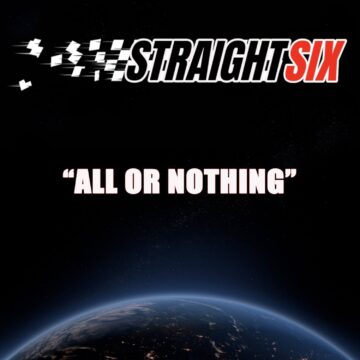 releasing music. So today is a great day for Straight Six! We’ve had to wait to release this track for months. The wait almost killed us!”

Guitarist Eric Schaudies played on Straight Six‘s debut self-titled EP and debut full-length album Full Circle but is no longer in the band. Shapiro addressed that by stating: “Yes, Eric…. What a monster player! Eric had some health issues to deal with at the end of last year which made our recording, gigging and touring schedule not possible. But I’m happy to report he’s doing great and has some incredible solo music recorded and we’ll all get to be blow away by it very soon! The silver lining in all of that is, our new guitarists is one of the baddest men to ever sling a guitar and walk the earth — James “Rooster” Olson! Rooster was in the Colorado band Autobahn back in the day with our bassist Glen. In the dark times when rock all but folded up, they both moved to Nashville and really honed their craft. The Nashville music scene is a very different animal from Los Angeles. Rooster was already one of the world’s top guys… but after a decade in that Nashville grinder, I hear him play in virtually any style as a true master. We are quite fortunate to have the line-up we do now.