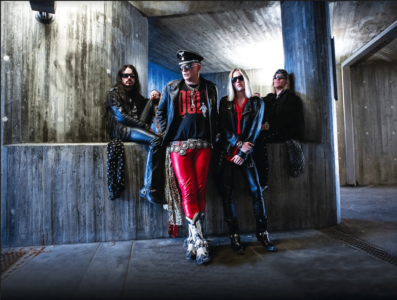 “The SUiCiDE BOMBERS are proud to premiere our brand new video, WORLDS WiTHOUT END, right here on Sleaze Roxx! 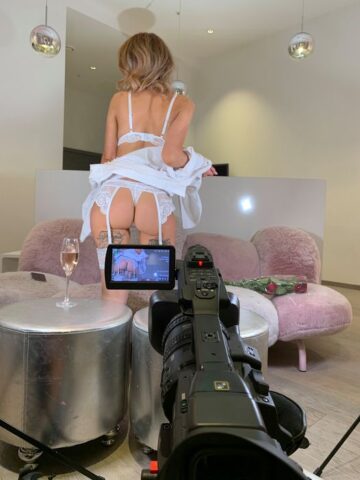 “A  friend confided in me a while back that he might be on the victim end of one of these internet love scams. You know, where you get involved with someone online and when time comes to meet, they don’t show. All the red flags were there, but it hadn’t gotten to the point of asking for money yet.

I remember being really pissed off on his behalf, so I wrote a song which ended up on our last album, Murder Couture. It was a great song, but we didn’t think more of it… until reviews and fan feedback started coming in, and so many listed it as one of their favorites from the record.

SUiCiDE BOMBERS have never done ballads, but we have slower songs on all our records. Several of those were always “next-in-line” to be video singles, we just never got around to making. That makes it extrra cool for us to do this as a third single from Murder Couture.

The video is based around the theme of the lyrics and follows in the more story based direction our videos took with the last album.

It was filmed and edited by David Gabrielsen, who is doing his first video for us. Being a musician himself, he was fast and easy to work with and did an amazing job. We shot the band sequence at TV 2 studios in Oslo, thanks to good friend Stig G. Nordahl. 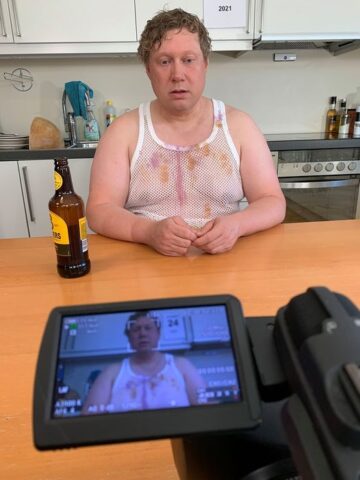 The real stars of the video, however, are our male and female actors, who both delivered stunning performances. At one point we had a whole edit of the song with just scenes of Andrea & Kjetil. The toughest job was editing out stuff to make room for the band.

The female part is played by our good friend Andrea, who also appeared in both our “So Bad” and “Murder Couture” videos. She’s very professional and easy to work with, and her scenes speak for themselves. Great work! We shot her sequence in the “Lolita Suite” at the Comfort Hotel Grand Central in Oslo.

The male part was played by another good friend, Kjetil, who had us in tears laughing, as he convincingly portrayed the gradual descent of his character. Those who follow us on Facebook  will already know that he is the very same Kjetil who is usually found playing guitar for great rock band Razorbats.

Thanks to everyone involved!

Luckily the story that inspired all this was not as it seemed and had a happy ending, but it was a good idea for a song anyway and there is certainly a lot of this going on out there.

American fans save shipping on CDs from here: