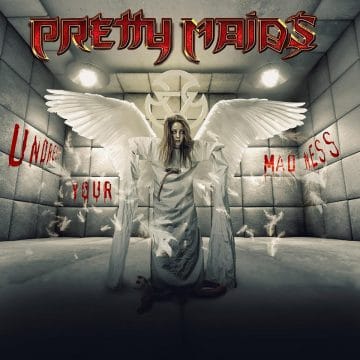 from their upcoming 16th studio album Undress Your Madness for streaming. The album will be released via Frontiers Music Srl on November 8, 2019.

Amazon states the following: “Undress Your Madness is Pretty Maids highly anticipated follow up to 2016’s critically and commercially successful release Kingmaker“”, a record that continued the revitalized path that the band set out upon with the now classic albums Pandemonium and Motherland.”” It’s always difficult to follow a successful and inspired record, but Undress Your Madness shows Pretty Maids are still in the freshest and most vital phase of their career since the early 90s.”

Subscribe here for more videos – http://radi.al/SubscribeFrontiers | From the album UNDRESS YOUR MADNESS.