Great news for Pretty Maids fans and especially those who will be attending the group’s concert in Zlín, Czech Republic on March 30, 2018 as the veteran heavy metal rockers will be playing their entire Future World album and it will be recorded for a future live CD/DVD. 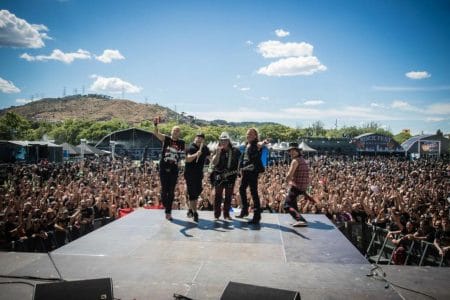 A message from Pretty Maids:

“Here’s some news for you !

On the last night of our upcoming EU tour we will record a new live album/ DVD/Blu-Ray.

On the night we will perform our classic album “Future World “ in it’s entirety as well as other stuff from our ongoing career.

We hope to see a totally packed place with a lot of die hard fans and followers rocking out with us.

We’ll do everything in our power to make this night a memorable one and a real blast!