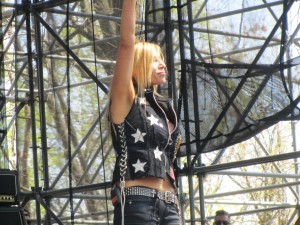 Femme Fatale have released another preview of one of their new songs to appear on their upcoming album (release date yet to be announced) in the form of a live performance of the song “One More For The Road” played at Farm Rock Atlanta at the North Atlanta Trade Center in Norcross, Georgia, USA on November 7, 2015. L.A. Guns‘ guitarist Michael Grant makes a guest appearance on the live rendition of the song.

Earlier this month, Femme Fatale had released the ballad “Buried Alive” which is another new song to appear on the group’s upcoming album and which was also performed at Farm Rock Atlanta.