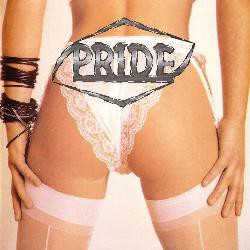 Pride was a Swedish AOR band which was active between 1987 and 1991. Their sound can be compared to some of Scandinavia’s leading bands from the era, such as Treat, 220 Volt or Fate. Despite the intense touring and the release of the singles ‘You’re The Only One’ and ‘Dreamer In The Night’ in 1989, the recorded material for an album was never released before a small label in 2008 picked up Pride and released a limited edition of their album. 550 copies were sold within a couple of weeks. All over the world, fans asked for more, but the CD was sold out and today it is one of the most sought after items amongst AOR collectors.

Due to the keen demand Yesterrock now takes care of this gem and makes it available again to a wider audience, with two newly recorded bonus tracks and the original artwork.